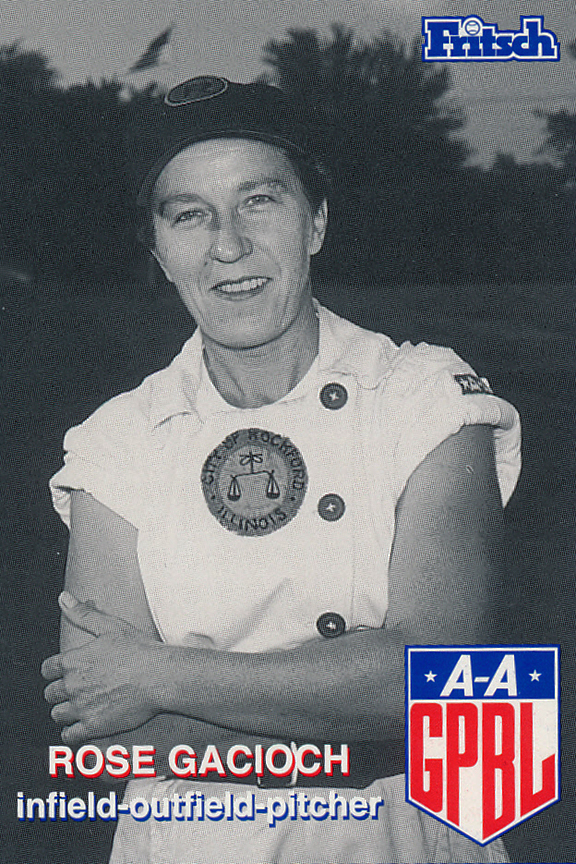 Rose is the conection between the Bloomer Girls of the 1930's and the AAGPBL. She pitched for seven years before joining the league in 1944. Her first year in the league was with the South Bend Blue Sox as a third baseman and later as an outfielder. In 1945, her second season, she came to Rockford and played in the outfield and returned to the mound. On August 26, 1953, Rose pitched a no-hitter.  Rose was a good hitter with power, and she was an excellant bunter. In the off-season she worked for Chrysler running a milling machine in Detroit.

"Rosie," as she was known, pitched for the Rockford, IL Peaches, a team in the All-American Girls Professional Baseball League from 1945-1954. The league recruited young women to play baseball to keep the spirit of the game alive while the men fought overseas.

Rosie's story, as well as that of her teammates, was shown in the 1992 movie "A League of Their Own."She was voted to the All-Star team in 1952, 1953, and in 1954, when the league disbanded and she retired from baseball. She, along with the rest of the All-American Girls Professional Baseball League players, was enshrined in the Baseball Hall of Fame in Cooperstown, N.Y. Rosie worked for 20 years as a press operator with Amerock Corporation in Rockford, Illinois, retiring in 1978. She then moved to Sterling Heights, Michigan.