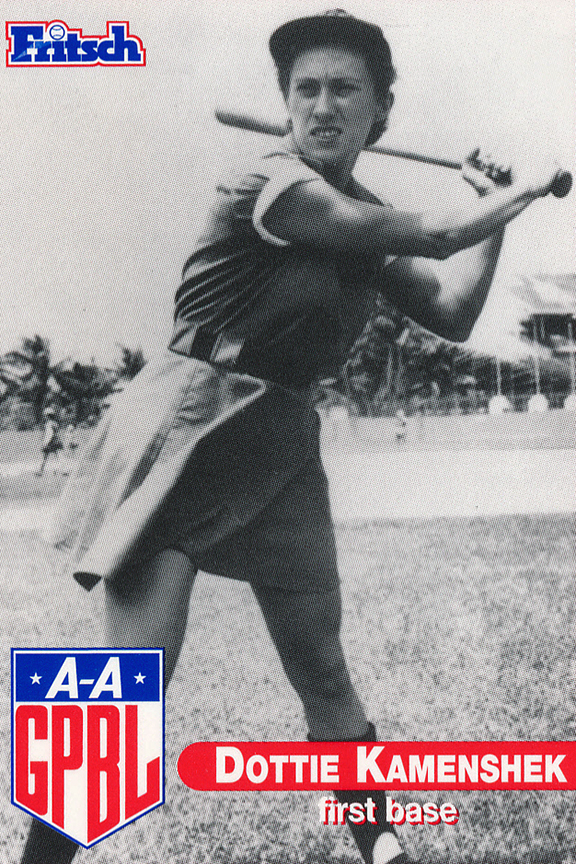 Kammie was one of the finest players to wear a uniform in the AAGPBL. She was a great first baseman and a solid hitter. Her softball team from Cincinnati won the national title in 1940, 41 and 42. She started playing for the Peaches in 1943. Dottie was an All-Star for the league almost every year she played. Major league baseball called her the finest fielding first baseman in all of baseball man or women! She was the face of the Rockford Peaches.

Spurred by the personal philosophy that "anything less than my best is failure," she was known to jump three or four feet in the air and to even do the splits to snag the ball at first base as a player for the All-American Girls Professional Baseball League.

Ms. Kamenshek, who had dealt with various health issues since suffering a stroke nine years ago, died Monday, May 17, 2010 at her home in Palm Desert, said Bridget Burden, a friend. She was 84.

The left-handed first baseman and lead-off hitter for the Rockford (IL) Peaches was one of the brightest stars of the All-American Girls Professional Baseball League, which was founded in 1943 during World War II when many male athletes were drafted into the armed forces.

In 1999, Sports Illustrated for Women named Ms. Kamenshek No.100 on its list of the top 100 female athletes of the century.

"She was the greatest ballplayer in our league," said Pepper Paire Davis, a catcher and 10-year veteran in the league who remained friends with Ms. Kamenshek. "She was one of the few ballplayers in our league who hit .300, which is like hitting .400 in the majors."

Added Ms. Davis: "She had the complete game, including the brains. She could hit with power, she could bunt, she could run, she could slide, and she played a great defensive first base. She had what I call the three H's -- head, heart and hustle -- besides all the talent in the world as a ballplayer."

Ms. Davis, who served as a technical adviser on "A League of Their Own," the 1992 movie about the league, said the character played by Geena Davis "was symbolically named Dottie as the best ballplayer in the league, and that was after Dottie Kamenshek."

Ms. Kamenshek, whose team won four championships, was such an exceptional player that an attempt was made in 1950 by the Fort Lauderdale club of the Class B Florida International League to buy her contract. But the girls' league board of directors rejected the offer.

League president Fred Leo told United Press at the time that he told the Florida negotiators that "Rockford couldn't afford to lose her. I also told them that we felt that women should play among themselves and that they could not help but appear inferior in athletic competition with men."

Not that Ms. Kamenshek was interested in making what would have been a historic move.

"I thought at that time it would just be a publicity stunt, and they wouldn't let me play," she recently told Marquette Magazine. "So I stayed where I was happy, in Rockford."

A back injury caused her to leave the league in 1953, a year before its final season.

Ms. Kamenshek, who earned a bachelor's degree in physical therapy from Marquette University in Milwaukee, moved to California in 1961. She worked as a staff physical therapist, supervisor and chief of therapy services for the Los Angeles County Crippled Children's Services.

After retiring from the county in 1980, she treated patients in acute care on a part-time basis for the next six years.

Born in Norwood, Ohio on Dec. 21, 1925, Ms. Kamenshek was a high school senior playing for an industrial league softball team in Cincinnati in 1943 when a scout for the new All-American Girls Professional Baseball League held tryouts in Cincinnati.

She was among those selected to participate in the final tryouts at Wrigley Field in Chicago and was one of two Cincinnati girls to join the league.

In the beginning, she told Marquette Magazine, they were "getting only 500 people in the stands, and then it got up to 10,000, which is good for a town that supports minor league baseball. Eventually, we won them over. At first they just came to see the skirts, and then we showed them we could play."

She never considered herself the best player in the league, she said. "Other people did. I just went out and played every game to the best of my ability."

Baseball, Ms. Kamenshek is quoted as saying in "Women at Play: The Story of Women in Baseball," a 1993 book by Barbara Gregorich, "gave a lot of us the courage to go on to professional careers at a time when women didn't do things like that."

She had no immediate surviving family members. 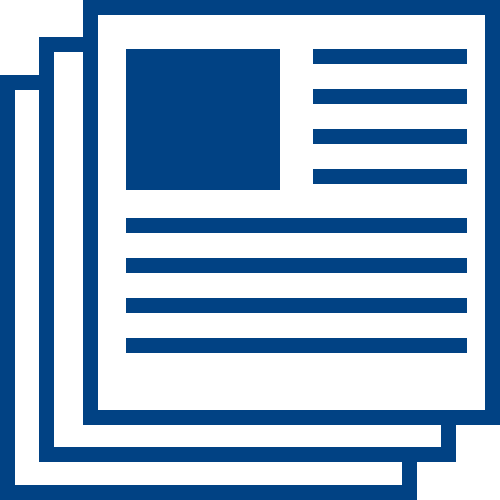