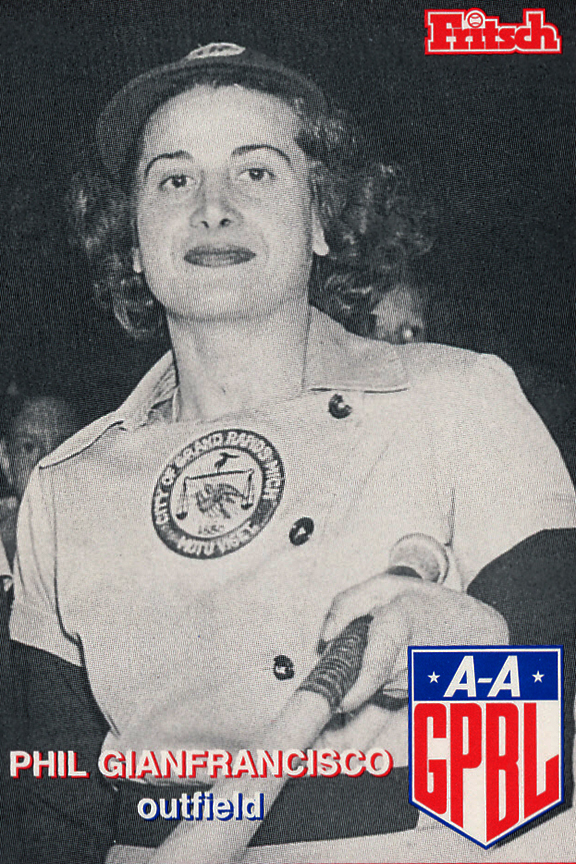 Frisco was a fan favorite, electifying crowds with her outfield play and daring base running.  She joined the league in 1945 with the Grand Rapids Chicks and returned for the '46 and '47 seasons.  In '48 she was traded to Racine and helped the Belles to reach the postseason, appearing in a career-high 114 games while batting .204 with four homers and 45 RBI.

In 1970 she married former Middleweight Boxing Champion Tony Zale and managed his personal appearances until her death in 1992.

Mrs. Zale, a South Side resident, was a Chicago public school teacher for 25 years and worked with hearing-impaired children.

During World War II, when there was a shortage of men and morale stateside, Mrs. Zale played in the All American Girls Baseball League. The league, which existed from 1943 through 1954, was the subject of the movie production called "A League of Their Own."

Mrs. Zale was honored in 1988 by the Baseball Hall of Fame in Cooperstown, N.Y., said a niece, Karen Brown. She also was inducted into the Chicago Sports Hall of Fame.

"When she was playing, she was known as 'Frisco,' " Brown said. Frisco is a shortened version of her maiden name, Gianfrancisco.

Before joining the AAGPBL''s Grand Rapids Chicks in Michigan, she played right field for the Moline Belles in Illinois.

Mrs. Zale was present at the College of Du Page in Glen Ellyn [IL] when President Bush, while campaigning for Gov. Edgar, awarded her husband the Presidential Citizenship Medal.

Other survivors include two sisters, and two brothers.