Mary was 101 years of age when she passed on peacefully in her sleep! 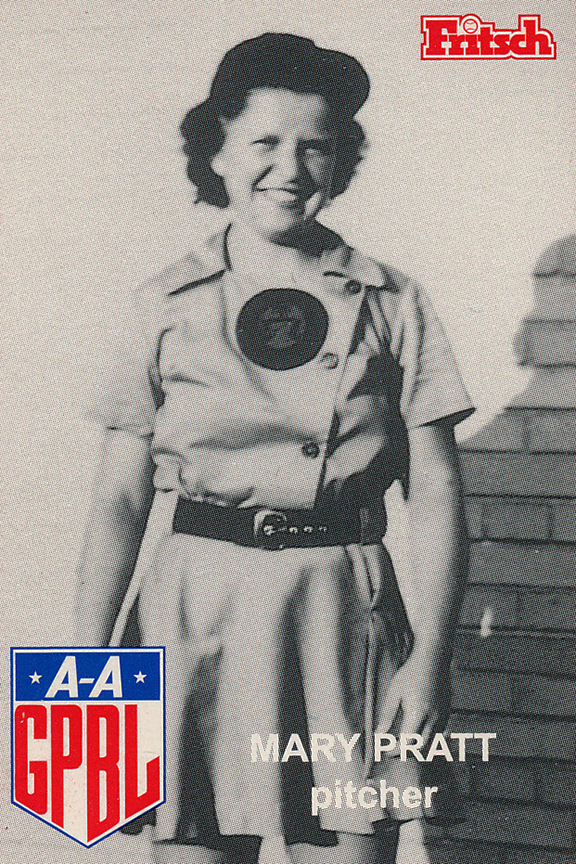 Mary was 101 years of age when she passed on peacefully in her sleep!

By Mary was 101 years of age when she passed on peacefully in her sleep!

A tremendous void was filled with 50 years of officiating Basketball, Softball, Field Hockey and Lacrosse. A great deal of that competition in those early years was in the private school sector.

With the advent of Title IX, in the1970s, competition in girls' athletic programs increased, and I became very active in the local and state associations, serving in leadership roles, at every level.

It was in 1943 that I had the opportunity to become a member of the AAGPBL. In June of that year, I was contacted by personnel in Chicago and flew out to Chicago after the close of school. I was met by Mr. Ken Sells, appointed by Mr. Philip Wrigley as President of the AAGPBL. I was escorted to Rockford and joined that team. That evening, Rockford was in the process of playing a league game at the 15th ave. Stadium. That was my introduction into the All-American and the start of five wonderful summers as a member of the league, 1943-47.  I was fortunate to have particated during those eras when so many changes took place within the structure of the League.

Prior to competing in the ,my only experience in competitive softball was during 1939-40 when I played on the Boston Olympets out of the Boston Garden. Walter Brown, then the owner of the Garden, organized the team as a means of having a weekly sports program during the summer months. Games were scheduled with teams from the New England area, the highlight being a game scheduled with teams from the New York area at Madison Square Garden.

Players that I met in 1943 from Canada and California were surprised at the lack of opportunities for girls to compete in Softball if they resided in the East Coast areas. I pitched for the Olympets during those years and brought that limited experience into the AAGPBL. Prior to this, my limited experience in Baseball was playing with and against. boys.

It was during the years that I participated in the AAGPBL when many changes were made in the game. In 1943 the game was basically Baseball with Softball style pitching. Baserunners took leads and were not required to "hold the base," until after the delivery. Additional changes occurred until 1948  when the delivery became completely overhand. As the changes were made from underhand to sidearm  to overhand, the pitching and basiline distances were lengthened.

I like to reaffirm the statement that was made by Patty Berg, a renowned professional golfer. She spoke at the AAGPBL's firs players' reunion in Chicago in 1982. She reminded us that we were pioneers. As of this date(2007), "there has been no venture in female professional sports to equate to Mr. Wrigley's venture adopted in 1943."

QUINCY—The baseball world has lost a legend. Mary Pratt, who played in the All American Girls Professional Baseball League in the 1940s and went on to build a career in physical education that lifted thousands of girls and young women to new heights in sports, passed away peacefully in her sleep on Wednesday May 6. She was buried the following day in the Pratt family plot in Wollaston Cemetery.

Her nephew Walter Pratt confirmed her death, which was reported on social media on Friday and immediately drew scores of comments from fans. “Mary passed away peacefully at the John Scott nursing home in Braintree,” Pratt said Saturday.

News of the loss of a beloved and spirited spokeswoman for equality in female sports touched hearts across the generations and stirred fond memories and colorful stories in people of wide backgrounds.

“It is a sad day in baseball this week,” David Allen Lambert of Stoughton, chief genealogist of the New England Historic Genealogical Society in Boston, said. “I met Mary over 20 years ago at the Stoughton Historical Society when she gave a talk. She was such a wonderful lady to chat with. She brought the days of the All American Girls Professional Baseball League alive to those who were not alive to seem these ladies play ball.”

Pratt was reportedly the last remaining member of the original Rockford Peaches, one of two teams she played for in the League.

“Mary was a wonderful and a very unique person,” Rose Somensini, 89, of Lancaster said. Pratt and Somensini both attended Boston University’s Sargent College; Somensini was one of several alumnae who came to Pratt’s 100th birthday party in 2018 at Grove Manor Estates in Braintree.

Pratt retained her trademark bursts of energy and strong opinions about equal rights for women into her 90s.

Who else could sing the words of The Rockford Peaches team song from the 1940s with such spirit in November 2018 at her 100th birthday party?

After a rousing rendition, Pratt the centenarian turned philosophical. “The good things I used to think about sports . . . memories, you live on with them, because baseball is baseball, whether it’s today, or tomorrow or 50 years ago,” she said.

Pratt spent five summers pitching in the All-American Girls Professional Baseball League from 1943 to 1947 and saw that story told in the 1992 movie “A League of Their Own.”

Afterward, she returned to Quincy and taught physical education and influenced hundreds of girls and young women in the Quincy school system. For many years she lived with her mother in Quincy; her mother also made it to 100 years.

Before moving to Grove Manor Estates in Braintree, Pratt lived at 1000 Southern Artery in Quincy where many of the residents recognized her as their gym teacher from many years back. She would still compliment them on their good posture.

Known in her day as an outstanding pitcher for her controlled slingshot, or windmill windup, Pratt went on to teach physical education in Quincy and Braintree.

Pratt pitched at Boston Garden in 1939 and 1940 as part of the Boston Olympets, the first and only women’s amateur softball team. Scouts for the All-American Girls’ Professional League noticed her. The League was started during World War II when the men baseball players were in military service. Pratt pitched in Rockford, Ill., and then in Kenosha, Wis. Her pitching record in 1944 was 21-15.

She taught physical education for 46 years, including 42 years in Quincy and several in Braintree; worked for the Quincy Recreation Department summer programs and was a school coach and referee in several sports.

Born in Bridgeport, Conn. in 1918, she moved to Quincy in 1932 and graduated from North Quincy High School in 1936 and from Sargent College in Boston in 1940 with a degree in physical education. In her youth, she participated in basketball, softball, volleyball, lacrosse, field hockey, tennis, archery and sailing. She has been inducted into the New England Sports Museum, Boston University Hall of Fame, and Boston Garden Hall of Fame.

She was a coach, umpire and helped create new opportunities in sports for females of all ages. Then in her 70s and 80s, she continued to dedicate her time and energies to helping women in sports advance to more leadership roles.

As word spread Saturday about the loss of the unstoppable Mary Pratt, stories about her came back to life. “She was a pioneer for many, many women,” Cindy Watson, also a Sargent College alumnae, said. Watson recalled meeting a young woman in Rockford, IL in the 1990s who told her Mary Pratt was her hero.

“I gave her a Mary Pratt baseball card and you would have thought I gave her $1,000,” Watson said. 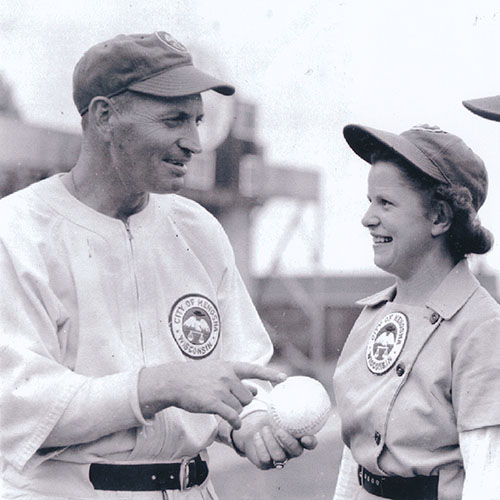