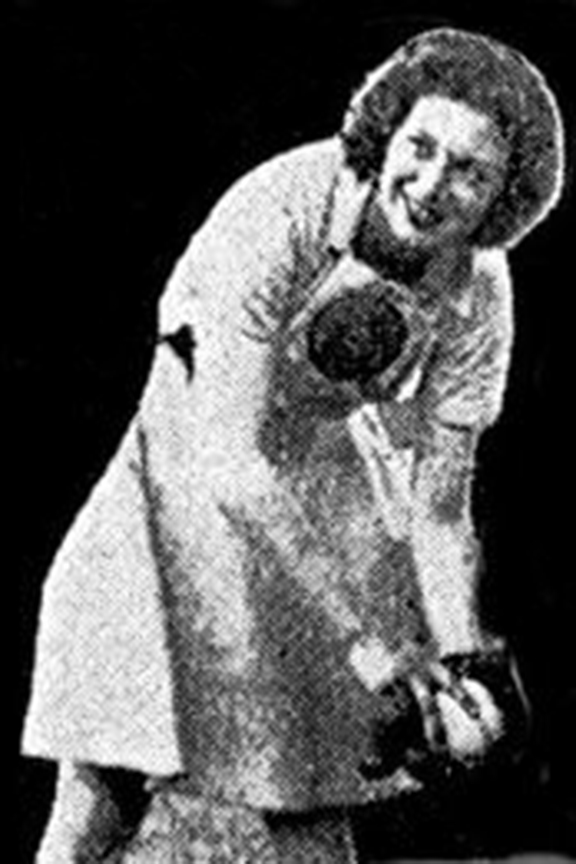 Leola was playing in the Chicago Softbball League in 1943 when she was recruited  to play for the AAGSBL. She played for the Racine Belles and the South Bend Blue Sox in 1943.  She was with the Belles from May through June 26, and she was with the Blue Sox from June 27 until at least July16.  There is no mention of her with any league or Chicago team after July 16, 1943.

In the 1960's she taught bowling at the Golf Mill Bowling Alley in Niles, Ohio.   Because her average was so high,she bowled in the men's league. Throughout the1970's she worked in physical theraphy in a hospital in Wetumpka, Alabama.

Leola "Lee" "Bubbles" (Brody) Hay, 75, a professional women's baseball player in the 1940s and 1950s, played with the Racine Belles, the South Bend Blue Sox, and the Chicago Bloomer Girls. She later taught bowling and bowled in men's leagues.

A resident of Wilmette, she died Sunday (December 14, 1997) in her daughter's home in Long Grove.

"She always took great care of herself," said her daughter, Georgia Liewehr. "No one ever saw her looking really bad. She was also a very caring person, and even while she was fighting cancer herself, she was always going and doing for people."

She played third base, second base, and outfield in the league that was originally formed during World War II.

"The newspaper articles written about her said that she was really great, especially at third base," her daughter said.

In the 1960s, she taught bowling at the Golf Mill Bowling Alley in Niles.

"Because her average was so high, she bowled in the men's league," her daughter said, "but she always bowled in a skirt."
Throughout the 1970s, she worked in physical therapy in a hospital in Wetumpka, Ala.

Survivors, besides her daughter, include another daughter, a son, a brother; and six grandchildren.
Visitation was from 3 to 9 p.m. Thursday in the William H. Scott Funeral Home, 1104 Waukegan Rd., Glenview.