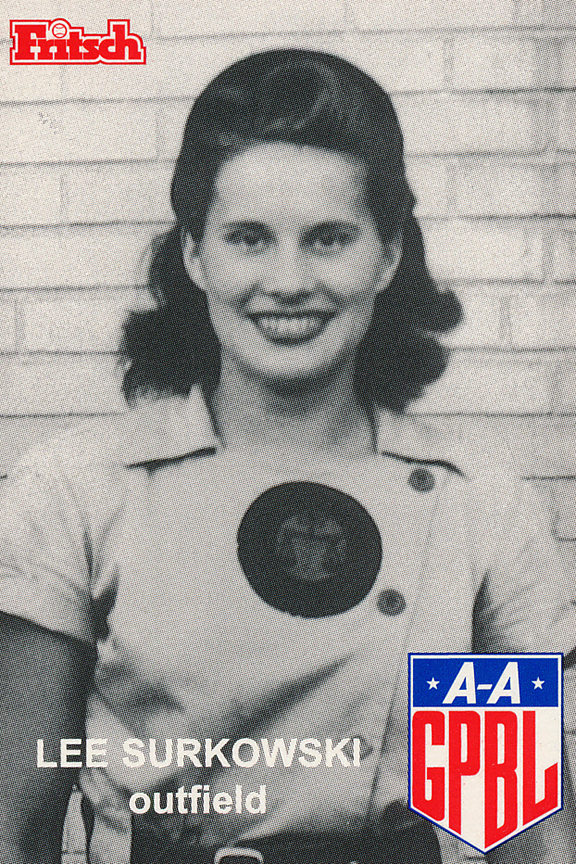 With her older sister Ann Surkowski (Deyotte), Lee Surkowski Delmonico was one of several sister pairs to play in the AAGPBL. Lee patrolled centerfield for the South Bend Blue Sox and the Fort Wayne Daisies for five seasons. Following her baseball career, Lee married and became the stay-at-home mother of three children. She later worked as an event planner at the Mizell Senior Center in Palm Springs before retiring to give baseball clinics for kids throughout southern California. A was a native of Moose Jaw, Saskatchewan, Canada.

Lee was one of the Canadians who came south to join the league. She was assigned to South Bend and later played for Rockford and Ft. Wayne Daisies. Lee was a corner outfielder.