Gottselig played in the NHL for 16 seasons. 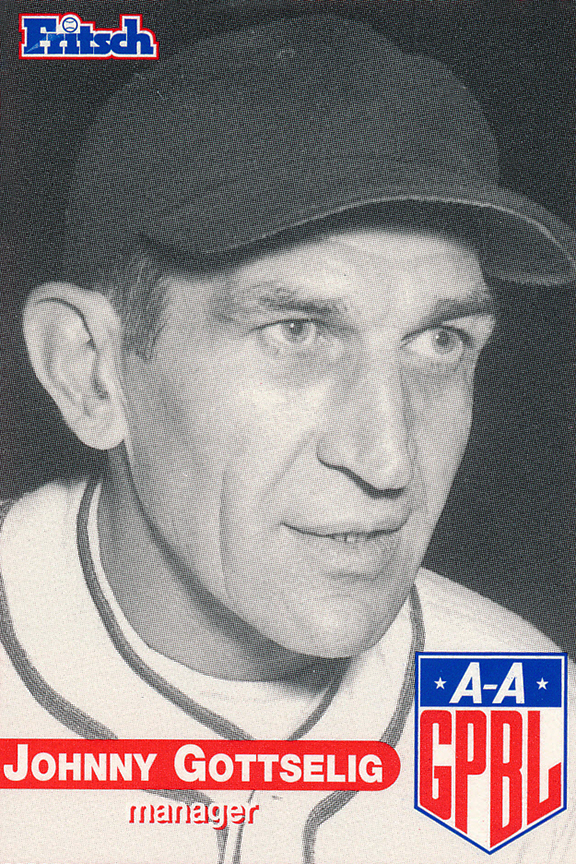 Gottselig played in the NHL for 16 seasons.

By Gottselig played in the NHL for 16 seasons.

Johnny not only was the manager of the Kenosha Comets but he was also the general manager of the Chicago Black Hawks of the NHL. He was one of hockey's greatest stick-handler's. At one time he served as the leagues chief scout besides managing in the AAGPBL. This Canadian managed the Belles and the Redwings. Growing up in Canada he played minor league baseball and hockey before joining the NHL Blackhawks. He was blessed with the rare ability to understand and handle women athletes. He was a great competitor and gentleman.

Learn more about Gottselig's path to the AAGPBL in this article from the Baseball Hall of Fame & Museum.

Johannes "Johnny" Gottselig  was a professional ice hockey left winger who played 17 seasons for the Chicago Black Hawks of the National Hockey League (NHL) between 1928 and 1946. He was the second player born in the Russian Empire to play in the NHL, as well as the first European-born head coach in the league's history. He won two Stanley Cups in his playing career: in 1934, and 1938 (as captain). He was also with Chicago in 1961, as Director of Public Relations, when the Black Hawks won their third Stanley Cup. Gottselig was included on the team, but his name was not engraved onto the Stanley Cup.

Gottselig was born along the banks of Dnieper River in a tiny German Catholic village of Klosterdorf in the Swedish district in the Kherson Governate of the Russian Empire. (now part of Ukraine) and emigrated to Canada the same year. He grew up in Regina, Saskatchewan. In later years, he would say he was from the better-known city of Odessa  which was the largest centre in the general vicinity of his birthplace. His parents were Albert Gottselig and Margarethe Weber.

He played junior hockey with the Regina Pats before joining Chicago. Gottselig's entire NHL career was with Chicago, playing 589 career NHL games, scoring 176 goals and 195 assists for 371 points. After his hockey playing career was finished, he became the team's head coach. After coaching, he stayed on as the team's Director of Public Relations.

Gottselig also served for several years as a manager of women's baseball teams in the All-American Girls Professional Baseball League. He guided the Racine Belles in 1943–1944, the Peoria Redwings in 1947 and the Kenosha Comets in 1949–1950. He later became an executive with Stone Construction.