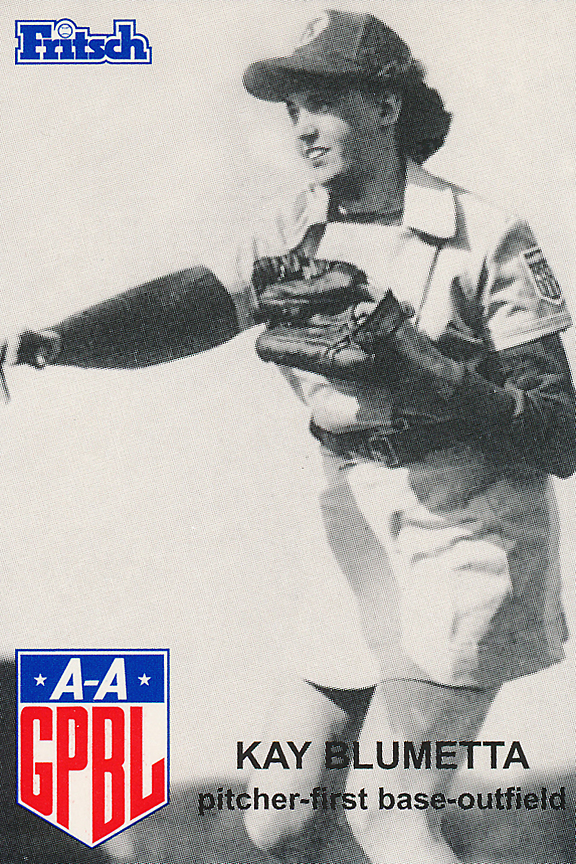 Kay was a side-arm pitcher who was also a fine hitter.

Born in North Plainfield, New Jersey, Blumetta was a solid and dependable player who appeared in eleven out of twelve seasons of the All-American Girls Professional Baseball League. She entered the league in 1944 with the expansion Minneapolis Millerettes, playing for them briefly before joining the Milwaukee Chicks during mid-season. She divided her playing time at first base and outfield, and was a member of the Milwaukee team that won the pennant that year. But she moved around for a while, as the AAGPBL shifted players as needed to help teams stay afloat.

In 1948, Blumetta enjoyed her most productive season as a pitcher when she posted a 14-13 record with Fort Wayne. Often used as a pinch-hitter when she was not pitching, she also was used in the outfield for defensive purposes. In addition, she was a member of the 1954 Champion Lassies, during what turned out to be the league's final season. Since 1988, Blumetta and the other AAGPBL players form part of the permanent display at the Baseball Hall of Fame and Museum at Cooperstown, New York, which is dedicated to the entire league rather than any individual player. Blumetta died in her homeland of North Plainfield, New Jersey, at the age of 73.