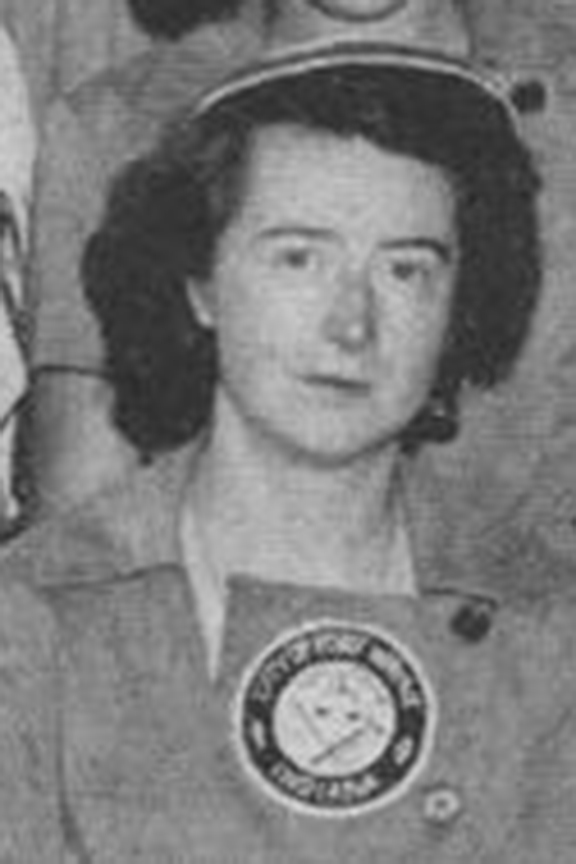 Pinkey was born on January 24, 1925 in Hutchinson, Minn. to Elmer and Virginia Fitzgerald. By the age of 10 she was the mascot/batgirl for a Lead, SD baseball team coached by her father. Pink completed grammar school in Rapid City, then moved with her family to Oregon where she graduated from Roosevelt High School in Portland. The family later returned to Rapid City where Pinkey pursued her own love for baseball. She answered an ad in the Rapid City Journal to try out for the Fort Wayne Daisies - a girls professional baseball league. At 21 years of age, when the men went to war and the women were trying out for baseball, Pink captured her dream by making the team; traveling and performing before thousands of fans the summer of 1946.

She came back to Rapid City and later worked many years for Fitzgerald Paint Store for her uncle Floyd. On Feb. 8th, 1964 she married Pete LeClaire and moved to Mitchell, where Pete was employed by the railroad.

Pinkey is a member of the South Dakota Sports Hall of Fame. In her senior years she enjoyed visiting and playing cards and bingo with her friends at the Senior Citizen's Center in Mitchell.