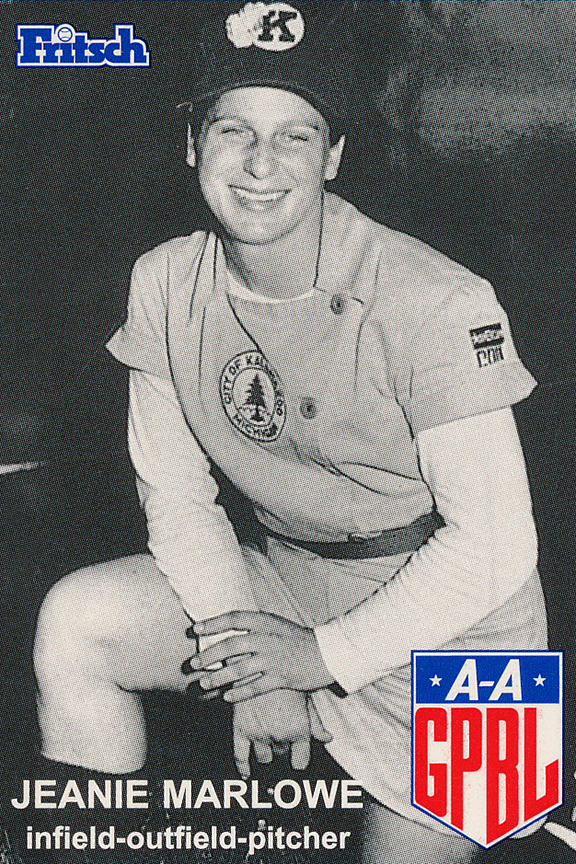 Jean Marlowe, whose last name was originally Malanowski, changed her last name during league play as a result of a misspelling in a newspaper article.

Jean was born in Scranton, PA., the daughter of the late Stanley and Josephine (Kafchinski) Malanowski. She graduated from Scranton Central High School and later studied at the University of Wisconsin.

Jean followed in her dad's footsteps, he being a baseball player with the Scranton Miners. Jean left school early in 1946 to play professional baseball. She played in the All-American Girls Professional Baseball League, the league on which the movie "A League of Their Own," starring Tom Hanks, was based. She excelled in the league from 1948 to 1954, as a pitcher, infielder and outfielder, and held many batting and pitching records.  Jean changed her last name to Marlowe during league play due to a misspelling of her last name in a newspaper article.

Jean received many accolades, among which was her induction into the Pennsylvania Sports Hall of Fame, and she was honored, with all league players, with recognition from the Cooperstown Baseball Hall of Fame when the Women in Baseball exhibit was opened there Nov. 5, 1988.