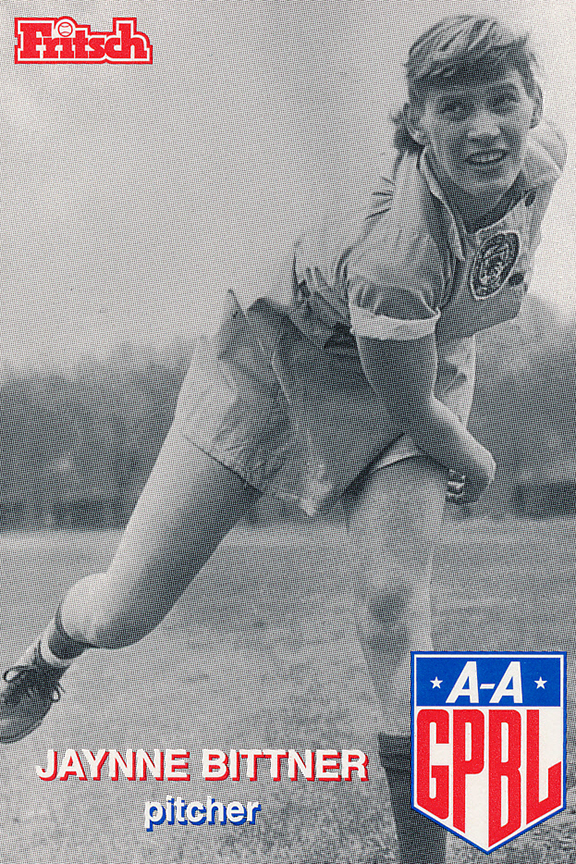 Jaynne was a pitcher and utility player. She was also a fine basketball player, tennis champion, swimmer and competed in track.

Jaynne passed away April 23, 2017 at St. Josephs Hospital in Ann Arbor, MI. She was born in Lebanon on March 17, 1926. She was the daughter of M. Frank Bittner and Helen Berrier Bittner. She was a graduate of Lebanon High School class of 1944. She was a retired bus driver for the Plymouth MI schools.

Jaynne was inducted into the Central Pennsylvania Sports Hall of Fame and Lebanon High School Sports Hall of Fame. She was a pitcher in the All American Girls Professional Baseball League from 1948 to 1954, having played for the Fort Wayne Daisies and the Grand Rapids Chicks. She was also an extra in the movie, A League of Their Own.

She was survived by two sisters.