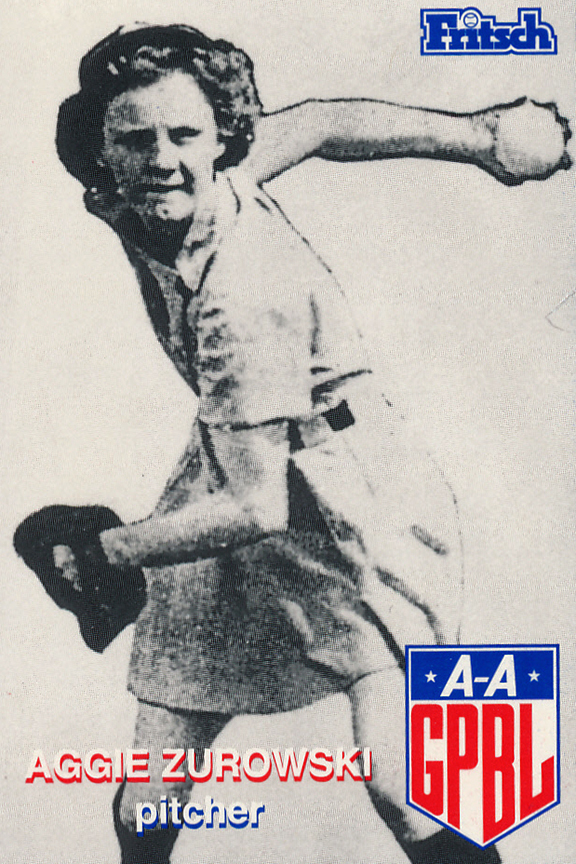 Aggie played in the Canadian Championship in 1940 and 1941. She was inducted into the Saskatchewan Baseball Hall of Fame in 1991.

She was sellected by the Belles to bring greater strength to the pitching staff. Her favorite hobby was bowling.

Agnes passed away at the Wascana Rehabilitation Centre on Tuesday, June 25, 2013 at the age of 93. She was predeceased by her husband Delbert; her parents Mary Theresa and Leon Zurowski; sisters Mary Munroe, Rose Lowey, Anne Shaw, Helen Milligan; and brothers Karl, Fernie, Leo and Lawrence Zurowski. Ag is survived by her sisters Noreen Turner and Loretta Toupin; her brother Clem Zurowski; as well as numerous nieces and nephews.

She was born on the family farm near Edenwold on February 21, 1920. As a young woman she moved to Regina and soon was working for the Army and Navy Department Store where she stayed for 48 years until her retirement in 1989.

Ag was an avid baseball player and in 1945 was recruited by the All American Girls Professional Baseball League in the United States. She was a pitcher for the Racine Belles and later the Fort Wayne Daisies and is recognized in the USA National Baseball Hall of Fame, and is an inductee the Canadian Baseball Hall of Fame and the Alberta Softball Hall of Fame. Baseball was a passion she never tired of and she was a tireless supporter of the Blue Jays. CFL Football was another love and she always made a point of watching her "Roughies" play.

A Celebration of Ag's Life was held at Speers Funeral Chapel, 2136 College Avenue, Regina, SK on Friday, June 28, 2013 at 10:00 a.m. Interment followed in Regina Memorial Gardens. In lieu of flowers, donations in Ag's name may be made to a charity of your choice.