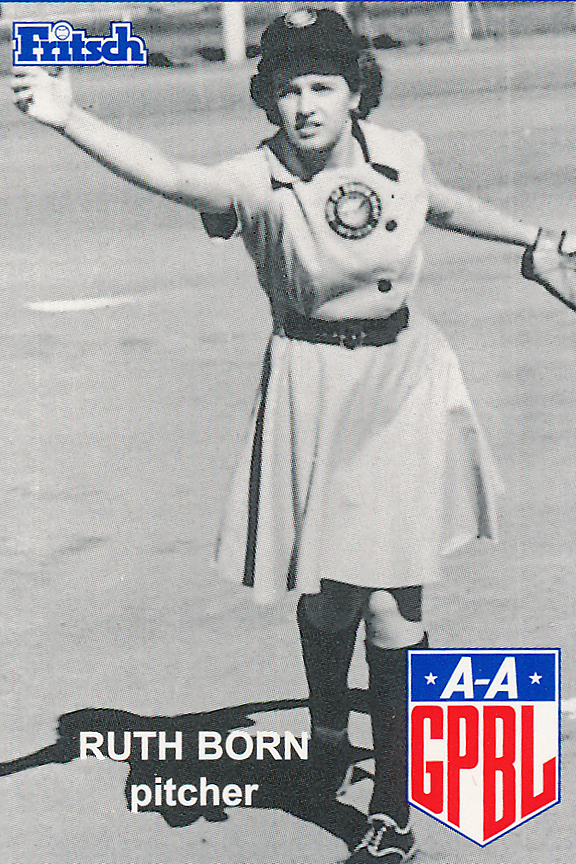 Ruth Born was a member of the original South Bend Blue Sox and played the inaugural season. As soon as she was big enough to swing a bat, Ruth began playing sandlot softball. At age 12, she started playing at school and in park leagues. Then at 13 she joined a Moose Lodge team.She spotted an advertisement about the new league and wrote the league office. She was given a tryout in South Bend after the season had begun and was accepted on the team.Ruth pitched in eleven games during the season, but wasn't comfortable in the new league. "I was in over my head" she explained.She quit after her first year and went to college. She received a Bachelor's degree from Valparaiso University and a Master's degree from Loyola University. After graduating, she went to work for the federal government in child welfare for 23 years. She retired in 1990 and now lives in a condo in Valparaiso, where she enjoys playing golf.