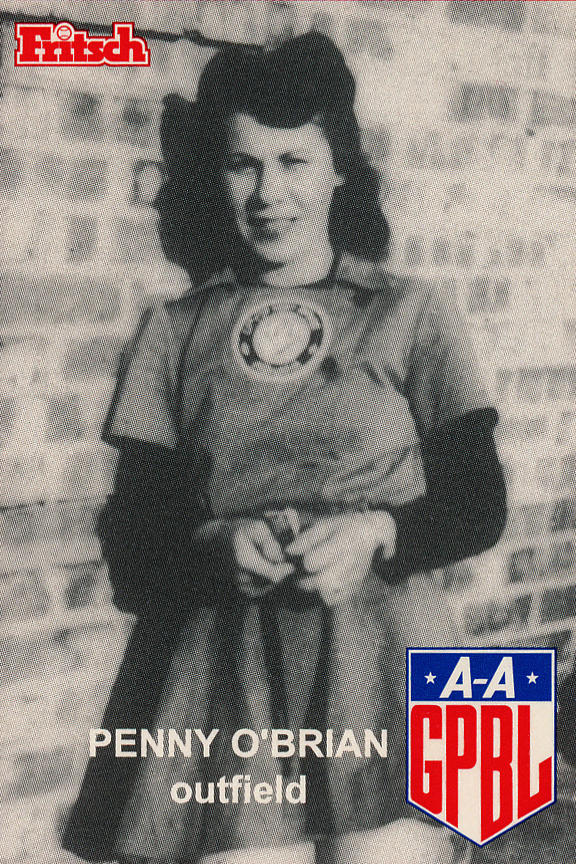 COOKE, Penny (Marteniuk)   Penny was called out sliding home by the Umpire in the Sky on April 29, 2010. She was born in Smoky Lake, Alberta in 1919. She started playing baseball in Edmonton and married Earl Cooke in 1944 who was serving in the Canadian Navy. They lived in Alberta most of their lives until Earl's death in 1969. Her move to the Coast in 1981 showed her love and loyalty to her family. She played professional baseball in Saskatchewan before she was recruited to play for the Fort Wayne Daisies in the AAGBL - (All-American Girls Baseball League). She played for one year as Penny O'Brian and claimed it was the best year of her life. The League was the motivation for the movie "A League of Their Own". Penny attended several League reunions and went to Cooperstown when the league was inducted into the Baseball Hall of Fame and she was also inducted into the Canadian Baseball hall of fame in June 4th, 1998. The introduction: Blessed with blazing speed on the base paths, this Fort Wayne outfielder stole 43 bases in just 83 games during the 1945 season. From Edmonton, Alberta, meet Penny Peanuts (O'Brian) Cooke! Until April 2008, she worked every day as chief cleaner and dishwasher for the family business Motion Foods.

Published in the Vancouver Sun and/or The Province on 5/8/2010, Vancouver, B.C., Canada