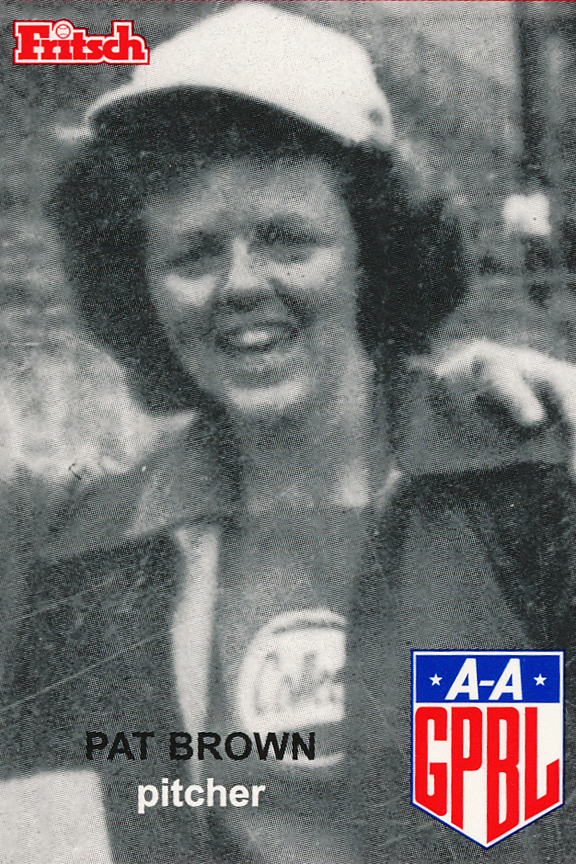 Patricia I. "Pat" Brown of Winthrop died in Park Ridge, IL on Sunday, June 17, 2012. She was 81 years old. Born in Charlestown, MA the daughter of the late Harriet T. (Taylor) and Joseph R. Brown, Sr. she was a lifelong resident of Winthrop.

She attended Winthrop High School 1946-1948 where she excelled in basket ball, field hockey and tennis. Under the direction of Miss Ellen Kiernan, the field hockey team played outside schools for the first time since before World War II.

She played in the All American Girls Professional Baseball League with the Kenosha Comets of Wisconsin, the Chicago Colleens, & the Battle Creek Belles of Michigan. Because of her strong arm Pat was trained to be a pitcher. She toured the U.S. and Canada and at an exhibition game at Yankee Stadium she met Connie Mack, the Philadelphia Athletics and the Yankees. On November 5, 1988 with her teammates she was one of the first women inducted into the Baseball Hall of Fame in Cooperstown, NY.

In 1990 she was presented an award "For Outstanding Services in Women's Sports" at the State House. In September of 1990 she was honored by the Red Sox as an All American Girls Professional Baseball League player with a ceremony and threw out the first pitch at the Fenway Park game. On February 12, 1990 she was honored for having started the first women's basketball team and women's physical education program at Suffolk University at the dedication and first game in the new school gym.

In August of 1992, with former teammates, she was invited to the special premiere of the movie A LEAGUE OF THEIR OWN. Coincidentally this movie was shown on AMC television channel on the day of her death. She spent over a year working with New England AAGPBL baseball players and the New England Sports Museum officials, gathering pictures, spikes, baseball gloves, a uniform, an original contract and other memorablia to be placed in a special All American Girls Professional League display at the New England Sports Museum at the Galleria in Cambridge, MA, The display was officially opened in 1993.

In March of 1997 she was inducted in the First Annual Winthrop High School Hall of Fame. She graduated Winthrop High School in 1948, played in professional baseball 1950-1951, graduated with a B.A. from Suffolk University in 1955, a J.D. from Suffolk Law School 1965, MBA from Suffolk School of Management 1970; and a M.T.S from Gordon-Conwell Theological Seminary in 1977. She was admitted to the Massachusetts Bar Association in 1965. She received her Librarian's Certification in 1963 and her Law Librarian's Certification in 1967. She had a long career as the Law Librarian and Professor at Suffolk University.

She was a lifetime member of the former Union Congregational Church of Winthrop. Visitation [was] held in the Caggiano-O'Maley Funeral Home, 147 Winthrop St. Winthrop on THURSDAY JUNE 28 from 4 -8 PM. Services [were] held in the funeral home on FRIDAY JUNE 29 at 10:00 AM. Interment [followed] in Winthrop Cemetery.