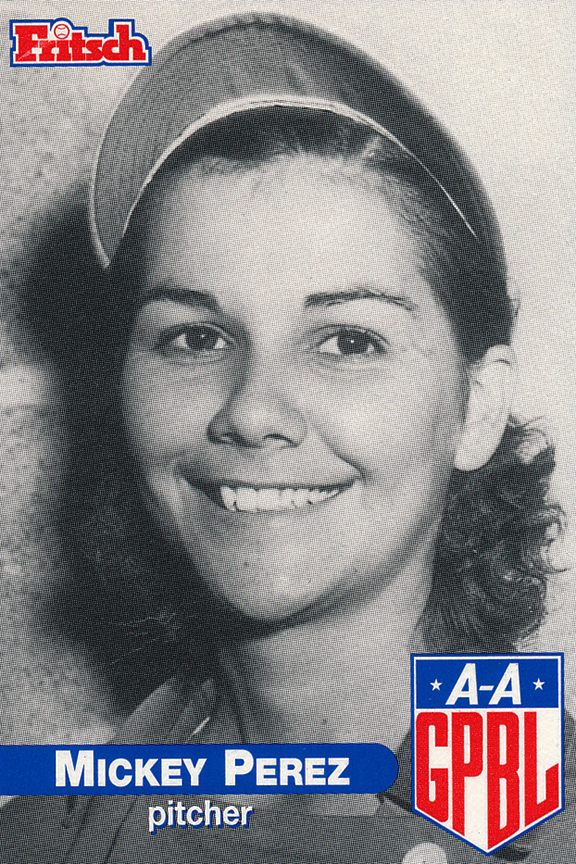 Mickey was from Havana, Cuba, and joined the league after the AAGPBL held spring training in Havana in 1947.   Besides playing for the Colleens, Sallies, and Battle Creek Teams, she also played with the group of All-American and Cuban players who toured Central America, Venezuela, Costa Rica, and Cuba as the Cubanas and Americanas during January – March of 1949.

Mickey married James R. Jinright, July  19, 1952 in Rockford, IL.  As far as is known, she lived most of her remaining life in Florida.

Thanks to Board Member Carol Sheldon for relaying a Facebook message from Kyle Jinright, Migdalia “Mickey” Perez Jinright’s grandson, that Mickey passed away in October 2019 in Miami, FL.  Kyle relayed that a private family memorial was held and there is no obituary.