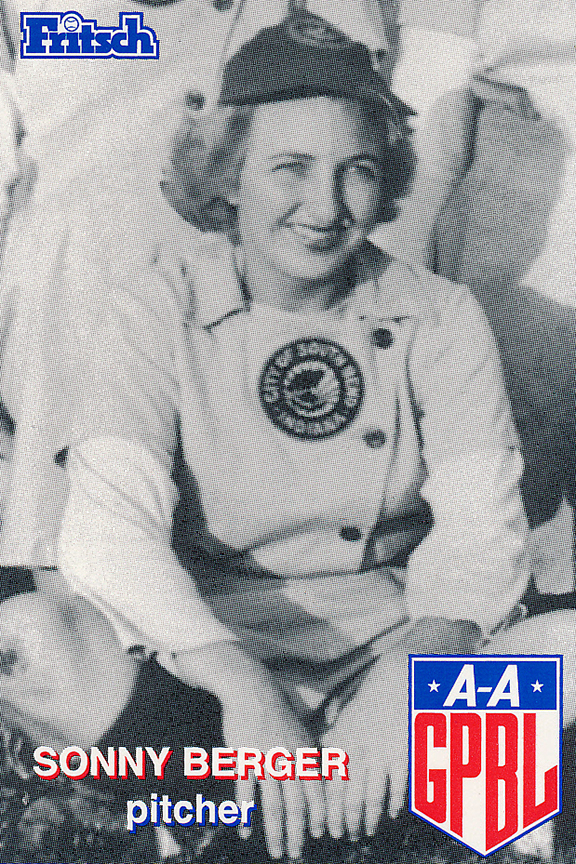 The AAGPBL changed women's team sports forever. Still, the void the league filled during World War II was inspiration enough for the 1992 film A League of Their Own, directed by Penny Marshall and starred by Geena Davis, Tom Hanks and Madonna.

Born in Homestead, Florida, Sonny Berger was one of the sixty original players of the All-American Girls Professional Baseball League in its inaugural season. The AAGPBL was introduced in the spring of 1943, featuring young women with both athletic ability and feminine appeal. Hundreds of girls were invited to final tryouts at Wrigley Field in Chicago, Illinois. Of those, sixty were selected as the first women to play on the first four teams: the Kenosha Comets, Racine Belles, Rockford Peaches and South Bend Blue Sox. Each team had fifteen players, a manager, a business manager and a female chaperone. Most AAGPBL games were played at night, including the All-Star game of the inaugural season on July 1, 1943, which also was the first contest played under artificial illumination at Wrigley Field.

After that, Berger played for the Chicago Chicks and Thillens Checashers of the National Girls Baseball League.

Berger lived in Sun City West and Surprise, Arizona and passed away January 25, 2015 of natural causes.