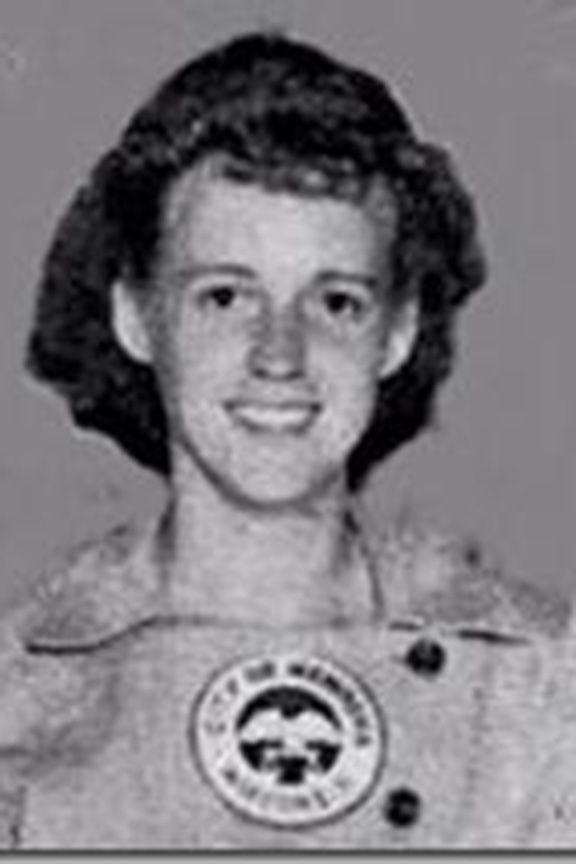 Gloria was a left-handed pitcher for the Comets. She was a Corporal in the WACS and taught radio. she went overseas with the 9th Airforce.

TIPTON, Gloria, age 90 of Dayton, passed away Thursday, September 9, 2010. She was preceded in death by her parents, Bert & Mary Tipton and two brothers.

Gloria was a veteran of the US Army having served her country during WWII. She was a graduate of Stivers High School class of 1937, and she played for the of the All-American Girls Professional Baseball League’s Kenosha Comets in 1946.

She was employed by NCR and was also co-owner of a Laundromat on Brown Street in Dayton that served many UD students.

Gloria is survived by seven nieces and nephews. Her Pastor and his wife were faithful friends to the end as were  all of her special dear friends.

Visitation was held at the MAGETTI GAVIN FUNERAL HOME where Funeral Services were held with her pastor officiating. Burial followed in Valleyview Cemetery, Xenia, Ohio.

A Special thank you to all the caregivers from Crestview Manor and Vitas Hospice for all the loving care that was given to Gloria in her final days.

Copyright: Adapted from the Dayton Daily News from Sep.10 2010 via newspapers.com.