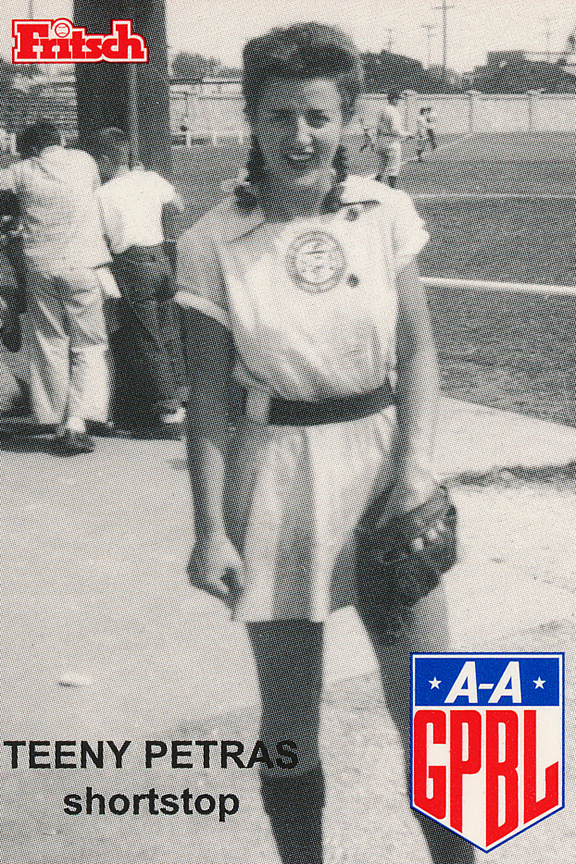 Teeny served as manager of the 1951 Kenosha Comets temporarily during the last part of the season because regular manager Johnny Gottselig had to report to his job with the Chicago Black Hawks’ Hockey Team.

Born in Coaldale, PA, Teeny lived in Irvington, NJ before moving to Haskell.  She was a former infielder who played for several teams in her ten-year stint with the All-American Girls Professional Baseball League.  One of Teeny's greatest assets was her speed, making her a standout shortstop and helping her to steal over 400 bases in 9 seasons.

Teeny is survived by her nephew and godson, a nephew, two nieces, and and five grand-nieces.
Visiting hours were held from 10 am to 12pm Friday, November 24 at the M. John Scanlan Funeral Home.  A funeral service concluded the visitation at 12 pm.  Interment followed at Christ the King Cemetery, Franklin Lakes.

In lieu of flowers, donations in Teeny's memory to the Pompton Lakes Riverdale Little League would be greatly appreciated by her family.