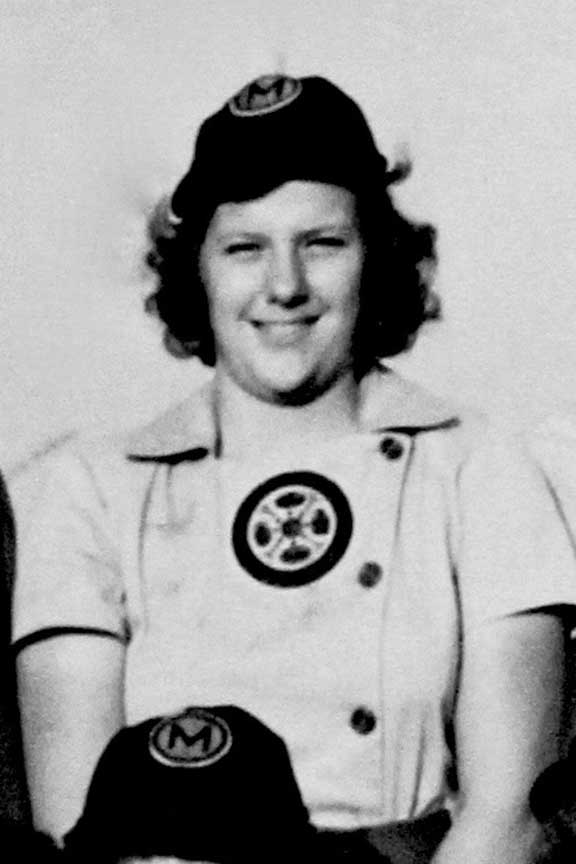 This player has not been located. We have no additional information. If you or someone you know has information regarding this player, please contact us.

Her career included playing professional women's baseball as catcher for the "Milwaukee Chicks" in Wisconsin in the early 1940s, then working for the C.S. Lewis Department Store in Champaign, and she had a 30-year career as a civilian employee at Chanute Air Force Base in Rantoul.

She enjoyed bowling and achieved membership in the Illinois Women's Bowling Association and the exclusive 600 Club.

She was preceded in death by her parents, George T. and Edith Stevenson, and five brothers.

She is survived by her sister, and several nieces and nephews.

The Hansen Chapel of Prayer Mortuary, Mesa, Ariz., was in charge of arrangements.
Burial was in Woodlawn Cemetery, Urbana, IL.