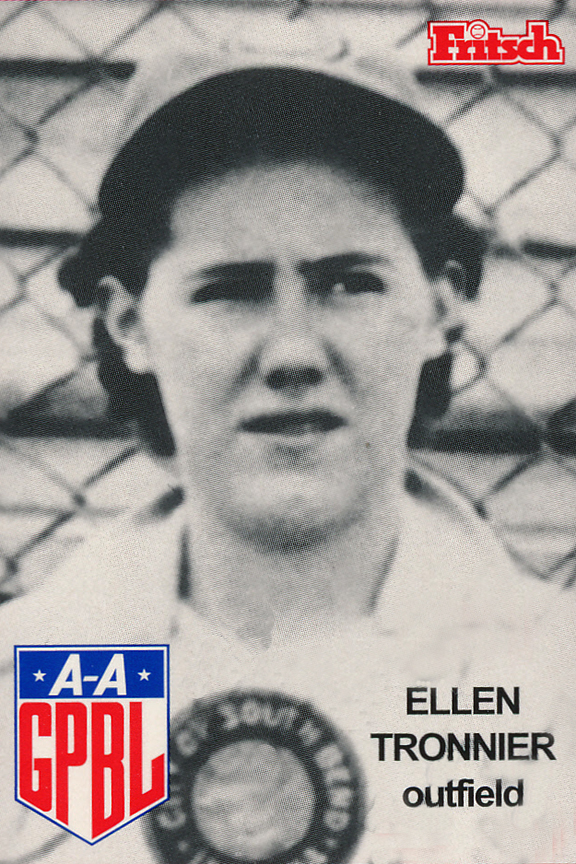 She was receded in death by her parents, Eldon and Emma Tronnier, and she was survived by cousins, other family, and friends.

Ellen was a Physical Education teacher for MPS (Milwaukee Puplic Schools) for 33 years.  She worked at South Division High School and Sholes Middle School.  Her love for sports began at a very early age.  In 1943, when she was only 15 years old, she played in the All-American Girls Professional Baseball League for the South Bend Blue Sox.  Ellen was also an accomplished women’s fast pitch softball player, playing for nearly 27 years, until 1968.  Her teams won several league, state, and regional championships, and she played in three national tournaments.

Ellen’s family wishes to thank the staffs of Mitchell Manor-Oak Creek and Heartland Hospice for the loving and tender care they gave Ellen.

Private services were held.  Interment was at Arlington Park Cemetery, and arrangements were made through Prasser-Kleczka Funeral Homes’ Bay View Chapel.