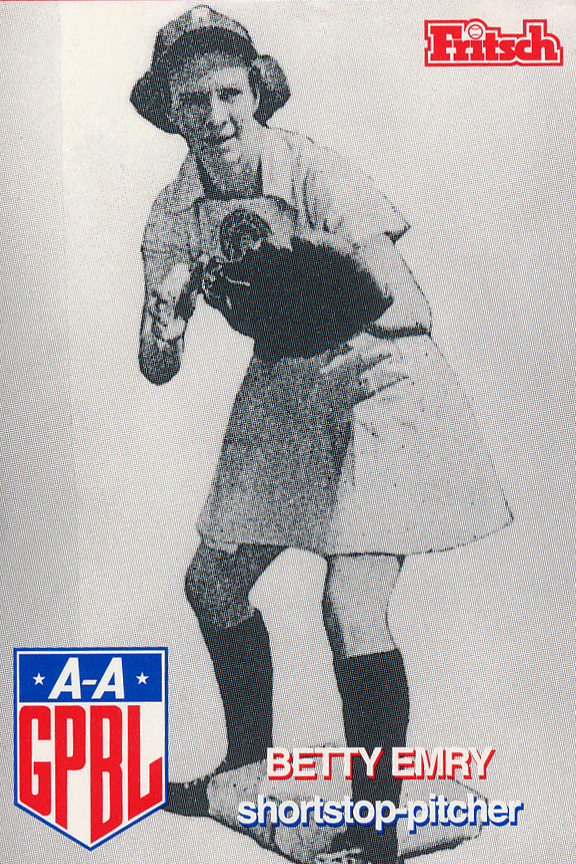 This Michigan lass gave the Racine team another opportunity to capitailze on the brand of talent produced by that hot baseball state, the other being Sophie Kurys of Flint. This brown haired, green-eyed gal has established a name for herself in the motor city of Detroit, where she played in the National Tournament with the Kellers in 1940. She worked for Briggs Aircraft plant of Detroit in vital war work and might be aptly named Betty the Riveter, because that was her avocation. She was an infielder by trade and played the role of a utility player for the Belles.