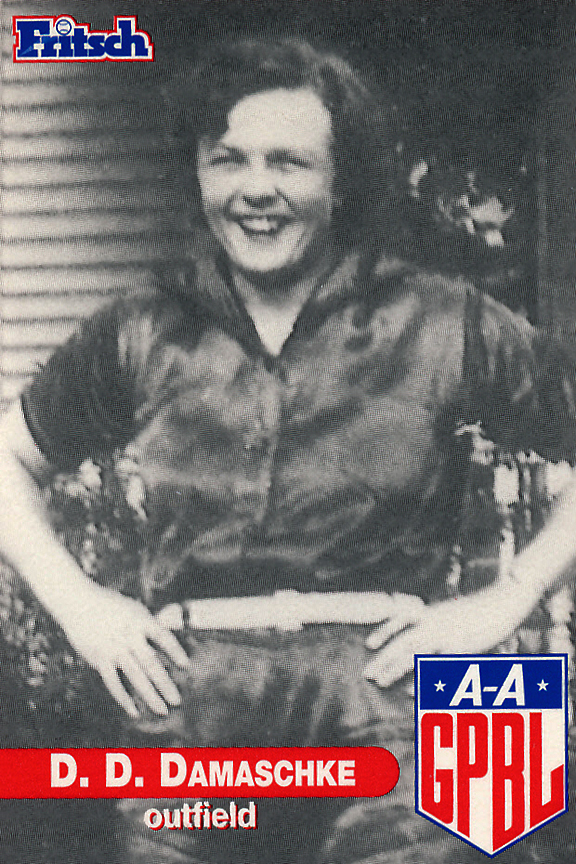 Dorothy saw only limited play in the AAGPBL.  Filling in during her college  years for the Racine Belles, she appeared in only one game with Racine.  She was, however, an outstanding softball pitcher and played seven years prior to her marriage in 1938.

Dorothy later took up badminton and became a city champ.

Dorothy is survived by a son who wrote, "She often encouraged me to practice baseball and played with me a lot when I was a child.  She still could beat me at badminton when she was in her 60's."