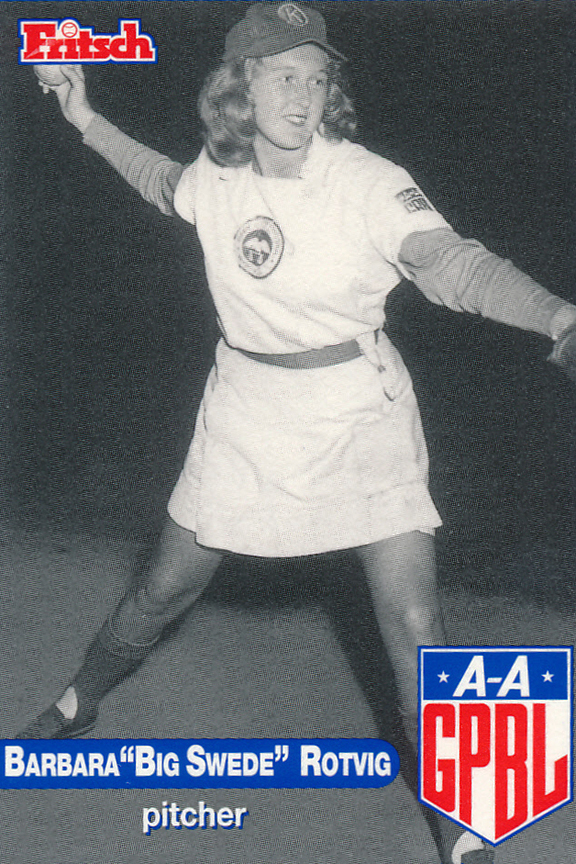 Barbara Rotvig was one of Duluth's Denfeld High School most successful female athletes before girls’ sports were officially sanctioned. While a student at Denfeld, Rotvig was involved in intramural volleyball, track, basketball, softball and golf while. She also participated in Speech, Pyramid, Criterion, choir and band.

Besides playing in the AAGPBL, she played semi-pro softball, participated in the All-American Golf League, and joined the Women’s Professional Golf Tour.

In 1960, the first LPGA National Golf School staff was established under the guidance of Shirley Spork and Barbara Rotvig. She died in 1963 in her homeland of Duluth, Minnesota, at the age of 35.

An award in her name is given each year to the outstanding female athlete of the year at Denfeld High School.

Miss Rotvig conducted a school for the Ladies Professional Golf Association in various parts of the country, and at least two Newport golfers having taken her course. She had often played in parts of the LPGA annual swing around the country. In 1960, she won the teaching award of the year for the LPGA.

Surviving are her parents, her brother, and his four children.

The funeral was held in Ann Arbor.