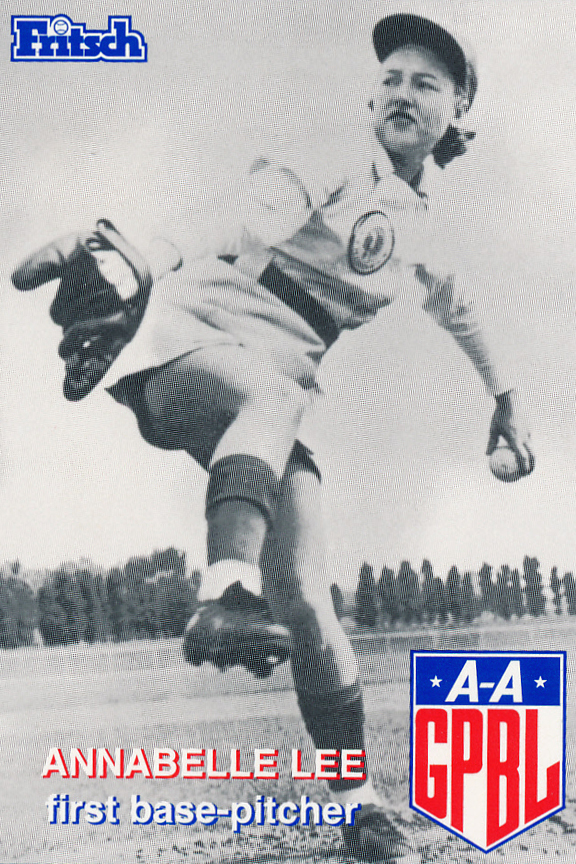 Only one former major league baseball player credits his aunt with teaching him how to play the game. That ballplayer is Bill “Spaceman” Lee of Boston Red Sox and Montreal Expos fame, and his aunt is Annabelle “Lefty” Lee, a five-year veteran of the All-American Girls Professional Baseball League. Lefty was a celebrated pitcher in her own right, throwing one of the league’s first perfect games on July 29, 1944. She continued as a softball pitcher after leaving the AAGPBL, until she got married in 1957 and hung up her glove. At the same time, she began work for the first of two electronics firms in her native Los Angeles. She had risen to supervisor at the second firm when she retired in 1985 due to a rotator cuff injury. Lefty joins her southern California AAGPBL neighbors in giving baseball clinics to boys and girls throughout the LA area. Lefty lived in Costa Mesa, California.

Annabelle was a petite red-head who was one of the finest lefties in the league. She has a perfect game to her credit, which came in 1944 , along with several no-hitters as well.  Golf, knitting and cooking were among her hobbies.