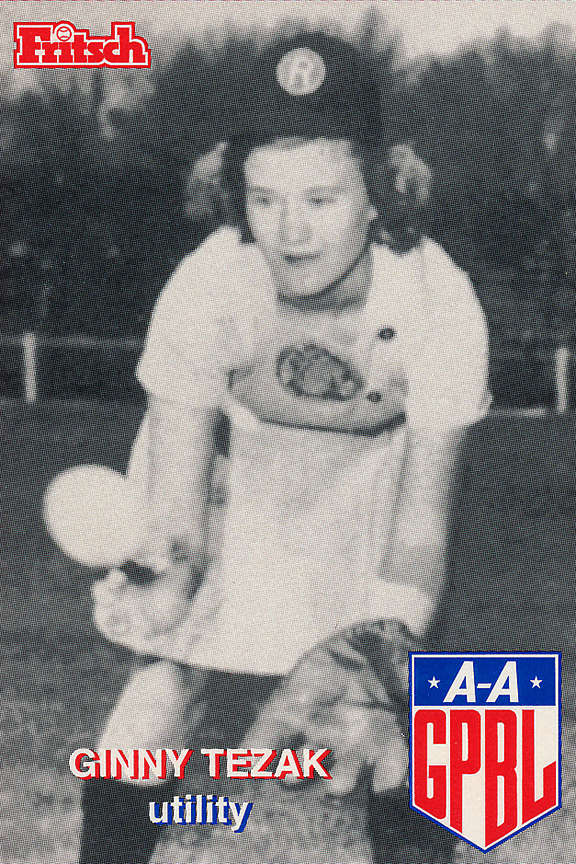 Virginia M. Tezak Papesh, age 85, of Joliet, passed away Saturday, July 27, 2013 at Presence Saint Joseph Medical Center with her family by her side.

Born May 22, 1928 in Joliet, to Anthony and Mary (nee Kramer) Tezak, she was a graduate of Joliet Township High School and attended Joliet Junior College.

Virginia was a member of the 1948 Racine Belles, one of the original teams of the All-American Girls Professional Baseball League, and which was depicted in the 1992 movie, "A League Of Their Own." Her uniform is on display at The National Baseball Hall of Fame and Museum in Cooperstown, NY.

She was an avid Chicago sports fan, especially the Cubs and Bears. She also enjoyed golfing, fishing, and working puzzles. She was a member of St. Joseph Catholic Church and the church choir. For many years she served as an officer of St. Genevieve KSKJ, and was a member of the Rivals Women's Club and Joliet Seniors. She will be remembered for decorating St. Joseph's Church for the holidays for nearly 40 years, and for teaching physical education at St. Joseph Grade School for many years.

Preceded in death by her beloved husband of 51 years, Ralph E. Papesh, Sr. (November 7, 2004); her parents; one brother, Robert Tezak; and one sister, Florence (James) Nasenbeny.

Funeral Services for Virginia M. Papesh were held Wednesday, July 31, 2013 at 10:15 a.m. from the Fred C. Dames Funeral Home, 3200 Black at Essington Rd., Joliet to St. Joseph Catholic Church for a Mass of Christian Burial at 11:00 a.m. Interment St. Joseph Cemetery. In lieu of flowers, memorials in name to St. Joseph Church Restoration Fund would be appreciated. Visitation WEDNESDAY MORNING from 8:30-10:15 a.m. at the funeral home.