Ruthie signed a contract to play in 1955, but the league folded before she could realize her dream. She said she cried all through the 1955 summer. 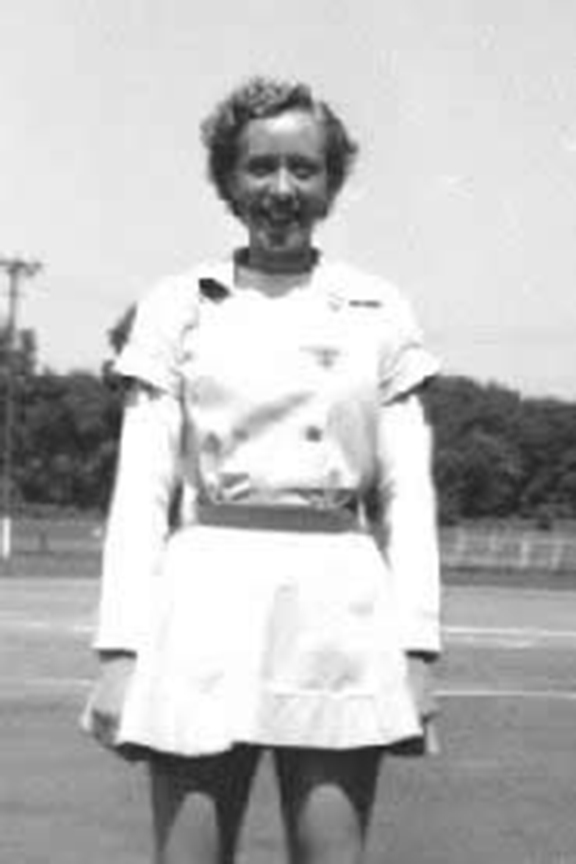 Ruthie signed a contract to play in 1955, but the league folded before she could realize her dream. She said she cried all through the 1955 summer.

By Ruthie signed a contract to play in 1955, but the league folded before she could realize her dream. She said she cried all through the 1955 summer.

Ruth Marie “Ruthie” Davis, a talented athlete, artist, and sculptress, with a deep faith in God, was born January 12, 1938, in South Bend, IN. She passed into heaven at the age of 84 in Cheyenne, WY at 4:27 p.m. on October 31, 2022. Ruth was the daughter of Hugh Malcolm Davis and Marie Louise (Kopff/Stebbins) Davis.

Ruthie grew up in South Bend, IN and graduated from South Bend’s John Adams High School in 1956. She then attended Ball State Teachers College in Muncie, Indiana, where she obtained her bachelor’s degree in physical education and art.

As a youngster, Ruthie was an avid fan of the South Bend Blue Sox of the All-American Girls Professional Baseball League, and besides playing catcher for the Blue Sox Junior League Team in the early 1950s, she served as a Blue Sox bat girl from 1952-1954. In 1954, she earned a contract to play for the Blue Sox during the 1955 season, but the league folded at the end of the 1954 season. Ruth mentioned that she cried through the 1955 season because she was denied the opportunity to fulfill her dream of becoming a professional baseball player. However, she continued to stay involved in competitive sports through South Bend’s Recreational Sports Program where, into her 40s, she excelled in volleyball, basketball, golf, and bowling.

During her bat girl years and after, Ruth developed life-long friendships with a number of All-American players who played for the Blue Sox and some of the other teams. These included Louise “Lou” Arnold, Dorothy “Kammie” Kamenshek, Marge Wenzell, Helen “Gig” Smith, Betsy Jochum, Elizabeth “Lib” Mahon, and Twila “Twi” Shively. In reflecting on the All-Americans as a whole after her retirement, Ruth concluded that they “were among the best this country had to offer.” It’s fair to say that she, too, fit this mold.

Ruth’s life-long connection with the All-Americans led her to volunteer to organize the first national player reunion in July 1982. Former player June Peppas conceived the idea of a national player reunion and started a newsletter to promote the idea and collect contact information, but it was Ruth who took on the task of getting the reunion planned and organized in Chicago where the league was originally conceived and administered.

Ruthie’s artistic gifts were recognized early on. When she graduated from high school, she was awarded the Hoosier Art Patron’s Award, and while attending Ball State, she earned the Art Foundation Scholarship for the 1958-1959 academic year. Ruth returned to South Bend to teach art and physical education at the Studebaker and Edison grammar schools, at John Adams High School, and for the South Bend Community Art Center. In 1974, she served as vice president of Northern Indiana Artists, Inc.

Between the mid-1960s and 1980s, while pursuing her teaching career in South Bend, Ruth earned a master’s degree at the University of Notre Dame and pursued a doctoral degree in anthropology at Michigan State University. This took her to a year’s investigation of archeological sites in Mexico, and she also spent some time near Los Gatos, CA.

Ruthie developed a life-long connection with Native Americans through a friend of her father’s who named her “Wind Walks.” Thus, when HIV became a problem in the upper Midwest, Ruth became aware of and accepted a position with the Wyoming State Community Planning Group for HIV Outreach and Prevention. This Group developed and maintained dedicated connections to on- and off-reservation Native Americans, African Americans, and other marginalized communities. Based in Cheyenne, Ruth regularly traveled throughout Wyoming assisting community leaders of these groups with outreach about HIV, its prevention and treatments. After retiring from employment with the State of Wyoming, Ruth spent her remaining days in Cheyenne making and selling gemstone jewelry.

According to Ruth’s life-long and dearly-loved South Bend “sister,” Carole Moats, Ruthie embraced and cherished her Catholic faith from the time she was confirmed until the day she died. Un-be-known to most of her acquaintances, Ruth entered a convent to serve as a nun during the 1970s. She left the convent after a couple of years to care for her mother who passed in 1978.

Ruth requested cremation with no formal service and designated that her ashes be scattered at a beloved site near Wyoming’s Teton Mountains. The latter task was completed by dear friends Sidney Woods and Corrie Barbero.

Donations in Ruth’s name can be made to organizations of ones choosing as tributes to her lifelong love and service to people and animals.