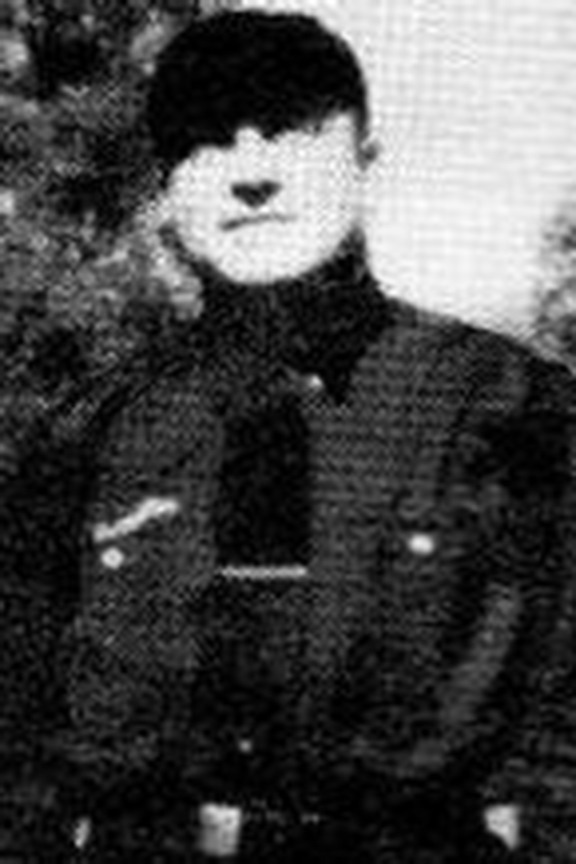 By Remo was Mr Umpire in Wisconsin, mentoring many throughout his career.

Remo Giaciniti umpired for the League from 1945 to 1949 and 1951. He may have worked the years in between, but we do not have any record at this time. Remo was not just an umpire, he was Mr Umpire in Wisconsin. He umpired for the All American Girl's Professional Baseball League  as well as many local softball leagues and tournaments in Clearwater, Florida.

“Respect is word closely associated with Remo Giancinti. “Class” is another. He was admired by ball players young and old who respected him because he treated the players right.

Jack Molbeck who worked with Remo when he broke into umpiring in 1957, said Remo's dedication to  umpiring helped younger officials. “When he wasn't working a game, Remo would be at the park to observe and give younger umpires hints. His knowledge of the rules and conduct on the field itself were examples to the umpires,  and his willingness to give of himself to the game made everybody look up to him”.

Rudy Haluska a fellow umpire who worked with Remo for over 30 years said, “He's the one who broke me in. I umpired my first game with him. I always thought Remo was one of the best. He always got along with everybody and the players respected him”.

Players such as Joe Firtko umpired after concluding a playing career with the Old Racine Metal Parts team. He stated, “Remo was second to none. You could never stump Remo on a rule. He was a heck of a swell umpire and we, as players , enjoyed playing when he umped. We knew what he'd call and we knew what to swing at. You could joke with him. Players did argue with him, of course, baseball and softball wouldn't be the same game without arguments. Remo always listened.  Joe spent 23 years umpiring with Remo. He said Remo would say he wasn't Julius Caesar or the KING of England He would talk to people if they argued and realized the worst thing he could do was to yell back. He always said if it got too hot  to turn and walk away.

Milt Fuhst who teamed with Remo for 35 years said they always  handled themselves well. Remo was not one of those guys who the minute you opened your mouth he was ready to throw you out of the game. Fuhst said, “he was ready to listen to both sides. Perhaps that is what made him so special. I don't think I ever met anybody who didn't like him.

Remo umpired in the league in 1946 when a rail strike was in progress. The following article, printed in the Charleston, S.C. The News and Courier on May 29, 1946 (p. 6) illustrates the effect the rail strike created for folks in general and one umpire in particular!

"Chicago. May 28.—(INS): It happened during the recent rail crisis.

The Journal Times described Remo Giacinti as “Mr. Umpire” in 1976, and the Racine Umpires Association honored him for 47 years of dedicated umpiring service in 1974. He was an active baseball, softball, and basketball official from 1926 – 1973 in Racine, the state of Wisconsin, the Midwest, and nationally. His umpiring duties included Racine Recreation Department leagues, the All-American Girls Professional Baseball League (AAGPBL), the Amateur Softball Association’s national fast pitch tournament in Clearwater, FL, and the American Softball League. Highlights included working for the AAGPBL during its entire existence, the Old Timers tournaments, tournament games for the Kenosha Blue Streak softball club, and the Racine Metal Parts team. He last umpired at the age of 73!

2. Please describe how the Nominee’s career or contributions have benefited and enhanced sports in Racine County or elsewhere.

A 1976 Journal Times article stated, “Anybody who’s umpired in Racine in the last 45 years learned from Remo. He knew the rule bobetter than his contemporaries and taught it to umpire aspirants in the city’s Parks and Recreation Department program”. Remo Giacinti benefited sports in Racine through his dedication to baseball and his knowledge of the game, but especially by modeling sportsmanship and fair play. He was instrumental in organizing Racine’s Umpire School through the Parks and Recreation Department and the Old Timers Tournament. He was dedicated to mentoring and teaching younger officials and often observed games to assist younger umpires. He was respected by players, spectators, and fellow umpires, and was well known for listening and calling a fair game. He also served as President of the Racine Umpires Association.

Remo Giacinti was born in Italy in 1899 and immigrated with his family to the United States and Racine in 1909 for a better life. He attended Washington School and the Racine High School through 11th grade. He was married to Nellie Tempesta in 1930, and had four children, 17 grandchildren, and lived in Racine from 1909 until he died in 1976. He loved sports, and played competitive baseball and basketball as a child and young adult prior to being an official. His passion for sports was passed on in our family, and his grandson, Dan Bonanno, played Italian professional baseball and his great-grandson Chris Maragos is a current NFL player. In addition to being a dedicated umpire, he was a long-term employee and foreman at Rainfair, a President of the Eagles Club, a member of Roma Lodge, an integral part of the Holy Name Men’s Choir, provided Italian on WRJN’s “Italian Hour”, and nurtured a huge garden of vegetables, fruit, and flowers.

4. Please provide your personal statement about the Nominee, including why you believe this person should be inducted into the Racine County Sports Hall of Fame.

It is with great pride that we nominate our grandfather and father, Remo Giacinti, for the Racine County Sports Hall of Fame. He was a humble immigrant who worked hard to give his family a better life, and through his dedication to umpiring he inspired and taught all he touched. He achieved excellence as an umpire, and worked to share his knowledge and love of the game, but his legacy is that he is known for being kind, honest, fair, and treating all he encountered with respect. His values were lived daily on and off the field, and were an example for family, athletes, fellow officials, and the community. Remo Giacinti was the definition of a man who modeled excellence, sportsmanship, and hometown pride, and provided a unique contribution to Racine’s competitive sports tradition. His dedication benefited our community and his story will serve to educate future generations about our Racine heritage. 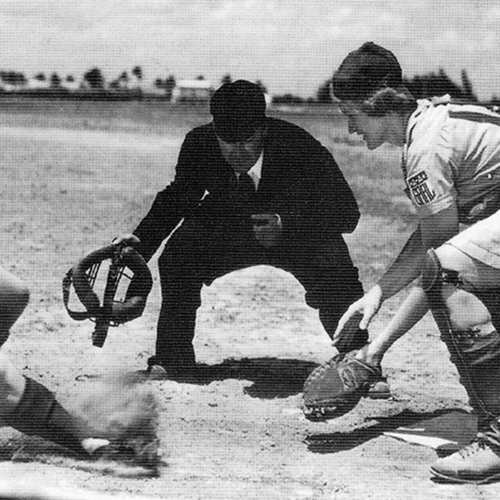