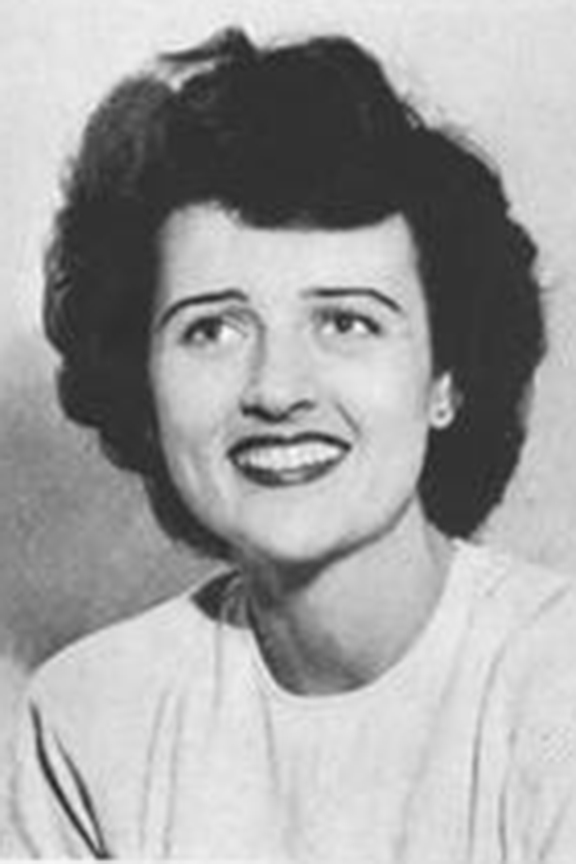 Willie was a sports star in her own right. A graduate of Long Island University in physical education, she played softball and basketball with championship teams in the Greater New York area. She came to the Racine Belles in 1945 and enjoyed handling the first aid, equipment, housing, traveling and general deportment and morale of the team. She made Racine her permament home.

Mrs. F. M. (Nee: Mildred "Willie" Wilson) Hilpert, age 65 passed away on Monday, April 4, 1988, at St. Luke's Memorial Hospital. She was born in Brooklyn, New York, on May 15, 1923, and lived in Racine since 1941. She owned and operated the business known as Mrs. F. M. Hilpert Real estate, Inc., from 1970 until 1988. Mrs. Hilpert was co-founder of Prairie School, chaperoned the Racine Belles women's professional baseball team, was a member of the Racine Board of Realtors and the Racine Country Club. Surviving were her daughter, a sister-in-law, and many friends. She was preceded in death by her husband, Dr. F. M. Hilpert in 1969. Funeral Services were held on April 6, at St. Rita's Church with Rev. Don Brennan, O.S.A., officiating. Internment was at Green Ridge Cemetery in Kenosha, WI. In lieu of flowers, memorials to the American Cancer Society, the Prairie School or to St. Rita's Parish were suggested. Funeral arrangements were made with the Maresh-Meredith Funeral Home.