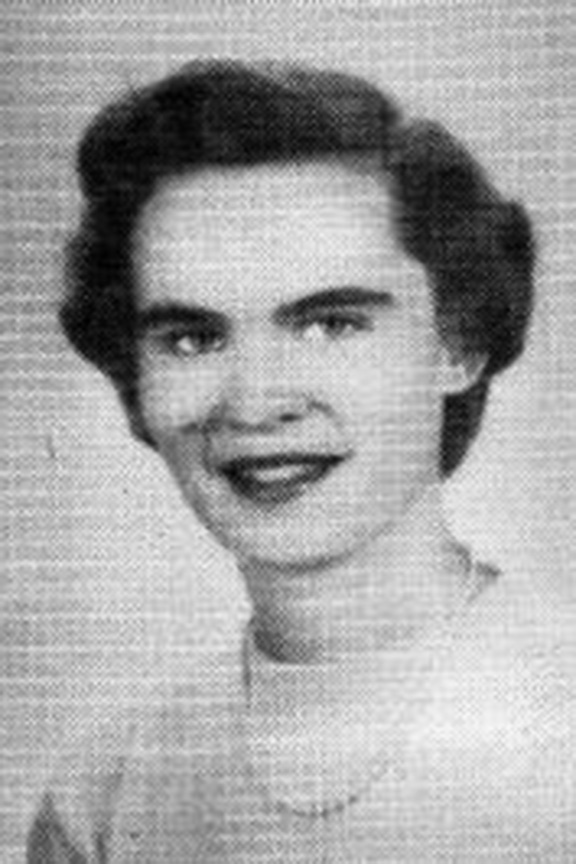 Kay was a bat girl for the Muskegon Lassies in 1946, the same year she graduated from Muskegon High.  She was a physical education major in college. During summer vacations she assisted on local playgrounds and served as a Unit Leader at the Grand Rapids Girl Scout Camp and at Camp Playfare Girl Scout Camp at Port Huron, Michigan.

Katherine Kimball, 84, of Sun City, AZ passed away Thursday, June 21, 2012. Katherine was one of three children and was a born a twin June 4, 1928 in Muskegon, MI to George and Cornelia (Reynolds) Kimball.

Katherine attended Muskegan High School and graduated in 1946. She served as bat girl for the Muskegon Lassies that summer and became the Muskegon Belles' chaperone in 1953.  Following high school, she attended Western University where she graduated in 1950 with a degree in teaching. With her teaching degree she taught Physical Education in Port Huron, MI. While teaching she was introduced to the Girl Scouts Organization and decided that she would pursue it as her career. She moved near Detroit for her career and became the director. After serving as director she stayed with the Girl Scouts as a professional G.S., and moved to Chicago, IL in 1973. She retired in 1980.

Kay met Eleanor Driscoll Falk and Ann Nelson in Elmhurst, IL at a singles Christian group. They eventually shared a home together for seven years and became fast friends for life. When they retired from their careers, they moved to AZ. Kay was a very compassionated and talented lady who enjoyed serving her community. She attended Grace Bible Church and served in a Christian Women's Group. She volunteered and served with Handicapables, Sun Health Rehab, Sun Dial Pool, and Peoria Sports Complex. In her younger years she did lapidary work with Petoskey stones, and put together crafts for the Christian Women's group in mass quantities each month.

Kay was preceded in death by her parents in the 1970's, her brother George in 1985, and her twin sister Jean in 2008. Kay is survived by four nephews and two nieces.  A wonderful, talented, and caring person, she will be greatly missed by those who knew her.