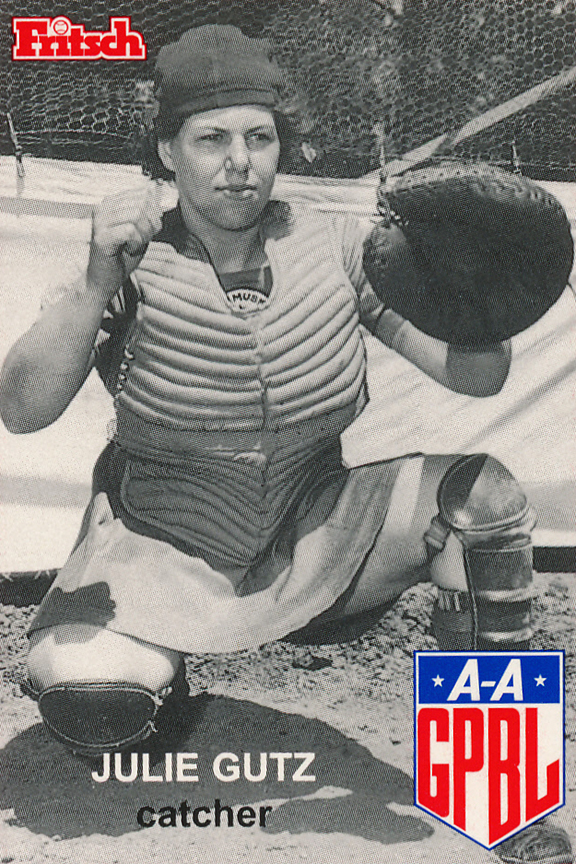 Her life was filled with adventure and hard work. She grew up on a farm with six sisters and two brothers. She began her career in the All-American Girls Professional Baseball League in 1948 and played through 1950. She started with the Springfield Sallies and the Muskegon Lassies before ending her career with the Kenosha Comets. She was a catcher with a solid defense and a strong throwing arm. Her fame as a member of the AAGPBL followed her all her life, especially after a book was written and the movie "A League of Their Own" was made in 1992 directed by Penny Marshall. Many of the original players, including Julie, were consulted for the movie. She met the actors and actresses who played in the movie, including Tom Hanks, Geena Davis, Madonna, and Rosie O'Donnel, to name a few.

After the AAGPBL, Julie worked for Honeywell for 35 years. During this time, she bought land in northern Minnesota and developed a fishing campsite on Lake Kabetogam and called it Cedar Cove Campsite. She loved fishing, playing baseball, hunting, and widsurfing, which she did in Aruba during the winter months.

Copyright: Adapted from a funeral brochure.