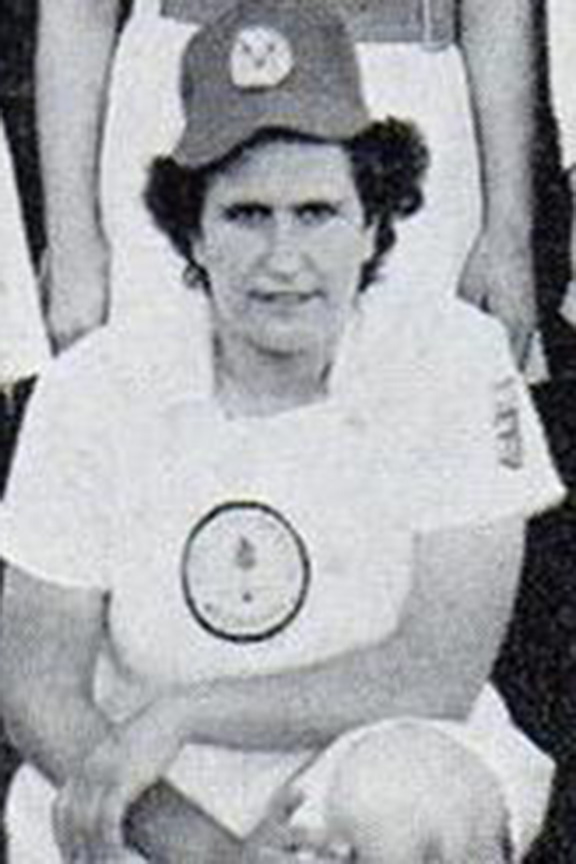 Josephine "Jo" Hasham was a pitcher who played from 1948 through 1954 in the All-American Girls Professional Baseball League. Hasham batted right-handed and threw left-handed.

A native of Brockton, Massachusetts, Hasham spent seven years in the AAGPBL, pitching in 179 games while collecting a 3.15 career earned run average. She never once played for a pennant-winning team, which is one reason for her losing record of 58–88. Eventually, she played outfield and was used in pinch-hitting duties to take advantage of her sturdy bat.

Hasham debuted in 1948, but did not win a game while dividing her playing time between the Muskegon Lassies and the Peoria Redwings. She posted a solid 2.14 ERA in 63 innings pitched, though she finished with a 0–6 record in ten games.

Hasham  joined the South Bend Blue Sox in 1949, when she enjoyed her best career season. She earned the respect of Blue Sox manager Dave Bancroft, who included her in a pitching staff headed by Jean Faut, Ruth Williams, Lillian Faralla, and Louise Arnold. Hasham collected a 12–8 record and a 2.02 ERA in 23 decisions, probably inspired by her pitching teammates and strong offensive support from Elizabeth Mahon, Betty Whiting, Senaida Wirth, Betty Wagoner, and Rita Briggs.  South Bend tied the Rockford Peaches for first place with a record of 75–36. Both teams played later a best-of-seven-series, which Rockford swept.

Hasham was used sparingly by the Grand Rapids Chicks in 1954, during what turned out to be the AAGPBL’s final season. She played mainly as an outfielder, even though she often pitched in relief when needed. As a hitter, she posted a .349 average (15-for-43) with three homers and nine RBI in 37 games, and also had a 5–7 record with a 7.05 ERA while pitching in 20 games.

Hasham, along with her former teammates and opponents, received their long overdue recognition when the Baseball Hall of Fame and Museum dedicated a permanent display to the All-American Girls Professional Baseball League in 1988. After retiring, she moved to Miami, Florida.