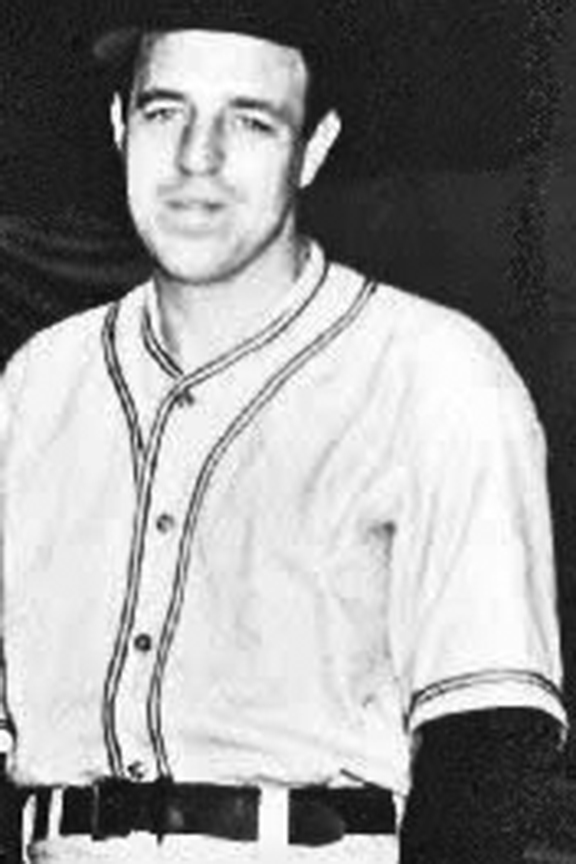 Joseph Robert Cooper died of natural causes at 97 after a long and happy life. Joe was born July 30, 1924, in Greenville, and he was passionate about sports. While that is how many will choose to remember him, Cooper's compelling personality and aggressive style were the pillars he used to bolster and strengthen communities for eight decades.

The son of Beatrice (Wieand) and Joseph Shire Cooper of Greenville, "Little Joe," developed a strong work ethic in the family business. Cooper's IGA was one of the first independent grocery stores in the state, and where Joe was a natural for serving their customers. After a successful prep career, playing football, basketball, and baseball, Joe was offered admission to Western Michigan University, Kalamazoo, where he dreamed of becoming a baseball standout. Instead, after the United States declared war on Japan in 1941, Cooper enlisted in the United States Army/Air Force. He was stationed at MacDill Air Field in Tampa, FL, as a medic. For three years, Joe attended to injured soldiers and airmen at the army's new hospital. In his free time, he played on MacDill's basketball and baseball teams, where he met C.O. Brown, the founder of the American Amateur Baseball Congress.

With news of the imminent armistice, and while home on leave for a friend's wedding, Joe caught the eye of Willo Jones of Hastings. They married on June 10, 1945, and he received a teaching certificate from Western Michigan University three years later. Whenever possible, Joe found his way to a baseball game, even if just for the summer, when he was drafted as an outfielder for the minor league's Grand Rapids Jets.

In 1948, and with a family to support, Joe took his first teaching assignment in Marshall, the center of his universe and the place he would live the rest of his life. If Willo was charmed by the quaint city, Joe saw uncharted opportunities on the lower Michigan sports horizon. Blazing new trails in 1952, he coached the Battle Creek/Muskegon Belles in the All-American Girls Professional Baseball League – forming "a league of their own."

Joe played ball in the Stan Musial League for 11 seasons. His 35-year career as a Marshall educator reflected a master's degree from the University of Michigan in 1954 and a specialist degree from WMU in 1961.

Joe taught secondary school science and was the first principal of Madison Junior High School in 1959. Joe's ultimate trophy was bestowed in the late 1950s when he was introduced to Jesus Christ as his Lord at a camp meeting. His friend and Gideon, the late Floyd Eby of Coldwater, was his witness. Joe had taken other oaths – to serve his nation and as a soldier who knew how to take orders. But as a member of the greatest generation, he was not inclined to speak publicly about politics or religion. Joe Cooper simply lived  on the sunny side of life, with his glass half full.

For countless MHS athletes, Joe served as the go-to for all things athletic – a position he played twice in 20 years. Cooper coached the basketball, football teams, and for 17 years, he was the head baseball coach with a remarkable record. As athletic director, Cooper organized the boosters' club and downtown merchants; a recurring tradition was to house Big 10 marching bands in exchange for a night's entertainment at his home football games. Unfortunately for some, Joe was a stickler for obeying the training rules, a coach with zero tolerance for wasted talent, with little empathy for quitters.

He was a member of the Junior Chamber of Commerce (JCs) and chosen Marshall's first "Man of the Year." As a charter member of the Marshall Optimist Club, he showcased Division II and III basketball teams at Marshall's holiday tournaments—with his Christian mentors, the late John Aalbregtse and Ivan Fleser, sharing responsibilities with mutual
satisfaction.

A LIFETIME OF SACRIFICE & SUCCESS

If some people desired to develop youth into responsible men and women, fewer would have sacrificed family time to meet this ambitious goal. But Cooper adopted athletes like his sons—with no boy of his own—he shaped their hopes and dreams, chipping away one season at a time. He persuaded the City off Marshall's recreation department to sponsor a summer baseball league—without a budget, staff, equipment, or uniforms. Like a pied piper, Cooper lured the young hopefuls from all points of Calhoun County who rode bicycles and packed a sack lunch for a day at the new athletic field with Mr. Cooper. It would be the proving ground for Joe's inaugural "1955 Connie Mack" team and the countless summer tournaments that would follow in the aftermath. 'Coop' used nicknames to motivate his students. In return, he earned a few misnomers of his own: Biggie, Partner, Banana Nose, Papa Joe, Rube, Gramps, and Uncle Joe by his adoring first nieces and nephews. The ripple effect of his optimism was undeniable in the lives of other coaches and parents. Following his dream, he paid his passion forward throughout the Midwest and beyond.

In the late 1960s, as the assistant superintendent at Marshall Public Schools, Cooper stared down the challenges of mill levy campaigns, teacher's strikes, and the turbulent waters of Title IX's mandate for equality in girls' athletics. But like pitching in a nine-inning game, it was the plugging away in good times and bad, and that was Joe's most valuable lifetime achievement. Somehow, he found time to officiate high school games and Division II football and basketball, which meant road trips and returning home after his children were already asleep. In 1971 he was named the MIA Supervisor of Officials—a role he assumed until 2010. He retired from the Marshall Public Schools in 1983 to succeed the late Lincoln Hackim as president of the AABC. He moved the national headquarters from Akron, Ohio, to Marshall, where he worked tirelessly to grow AABC’s President Emeritus at the age of 92.

While Joe was fully engaged in a second career, Willo often accompanied him on their travels. They were always going somewhere fun: national conventions, tournaments, the World Series, or to receive another award. In 1996, he threw out the first pitch for the Montreal Expos. He met President Clinton and shared the toastmaster's table with baseball's greatest legends, and not a few were his favorites from the American League.

Joe Cooper was an affable ambassador of America's beloved past-time. His sense of duty was evident in countless achievements with AABC, USA Baseball, the National Council of Youth Sports, the Sporting Goods Manufacturing Association, and the American Baseball Coaches Association. For the love of the game, Joe's community service was an insatiable goal, and Michigan was the fortunate recipient of his goodwill.

At his 95th birthday party, when asked about meeting the greats of the game, Cooper replied, "Baseball has been good to me. But I only wanted to provide opportunities for kids that I didn't have while growing up." In accounting for all his contributions, indeed, something will be left out. Joe was too busy to keep a journal and too macho to write a memoir. Perhaps Michigan history will remember him as one of those larger-than-life characters who never forgot his humble roots. Sadly, Joe outlived almost all his friends, colleagues, and too many students. Inaugural "Class" of the Marshall High School Athletic Hall of Fame, 2019.

For better or worse, once smitten by his pat on the shoulder or the charitable sweetness when he remembered your name—Joe was in the business of inspiring people. He was the first AABC Executive of the Year in 1967. In 1979 the Detroit Tigers bestowed to him The Service Award. The Governor's Minute Man Award came in 1983, and he was inducted into the Michigan Amateur Sports Hall of Fame one year later. His alma mater didn't forget, either. In 1986 and accompanied by the Cooper Girls and a handful of close friends, Joe became a member of the Western Michigan University Hall of Fame. In retrospect, that was one of his proudest life moments because the family was together again. Sometimes the news of another award came in the form of a plaque – or a phone call announcing his exemplary service as a baseball coach - or youth sports' Man of the Year. In 2003, Marshall High School named Joe Cooper Field after its dedicated coach and athletic director. As recently as 2018, Joe could be seen behind the home plate scouting the local competition—seated in his trusted red and black walker.

Near or far away from Marshall, Joe Cooper left an indelible mark on the hearts of all who knew him. Joe's only sibling was an elder brother, Charles Richard Cooper, who preceded him in death. In the 73rd year of their marriage, Willo died in 2018. "Mr. Cooper" is survived by his four daughters, and his legacy includes nine grandchildren—four are boys, two played college baseball, and one grandson is a college football coach. With 19 greatgrandchildren—always with his eye out for future talent—the old Coach wouldprobably agree: This farm team has decent prospects for several winning seasons ahead.