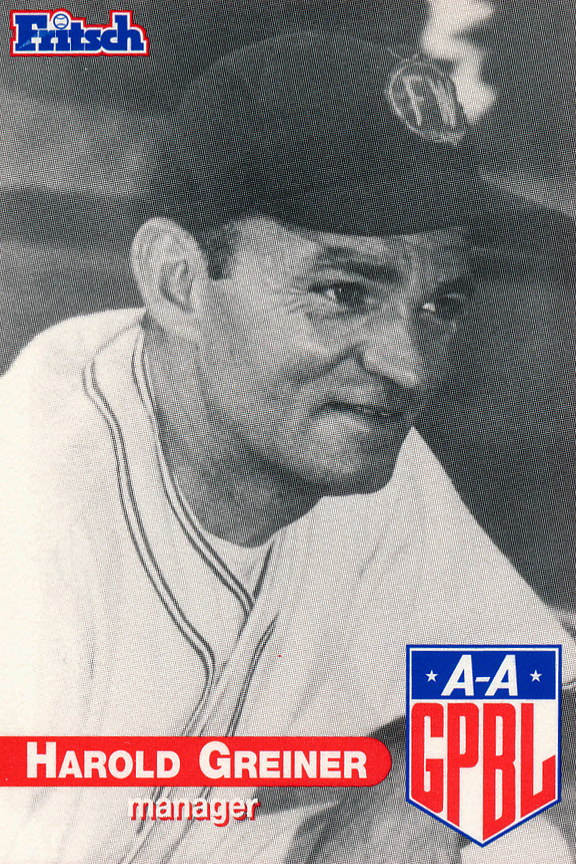 A native of Ft. Wayne, Indiana, Harold was the owner of "Bob Inn" Restaurant and Bakery. He sponsored girls softball teams and also managed them to two state titles. He was instrumental in soliciting an AAGPBL team for Fort Wayne and was a member of the Daisies' Board of Directors from 1945 through 1949. He managed the Daisies for part of the 1948 season and all of the 1949 season. He was a scout for the AAGPBL. A few of his players joined the AAGPBL.

Born in Fort Wayne, Indiana, Greiner was the owner of Bob Inn Restaurant and Bakery. He also coached softball for ten years and sponsored a women's team that won state fastpitch softball titles  in 1944 and 1945.

In addition, Greiner scouted for the All-American Girls Professional Baseball League and contributed to bring the Fort Wayne Daisies to his hometown in 1945.  He later became part of the AAGPBL board of directors and then managed the Daisies during the 1949 season. Some of the players recruited by Greiner for the league include Maxine Kline, June Peppas, and Kathryn Vonderau among others.

Greiner appears in the documentary A League of Their Own, which aired on PBS in 1987, which inspired a film with the same title released in 1992.  Both the documentary and the film brought a rejuvenated interest to the extinct baseball circuit. Then, the AAGPBL received their long overdue recognition in 1988, when the Baseball Hall of Fame and Museum dedicated a permanent display in Cooperstown, New York to honor the entire league rather than individual baseball personalities.