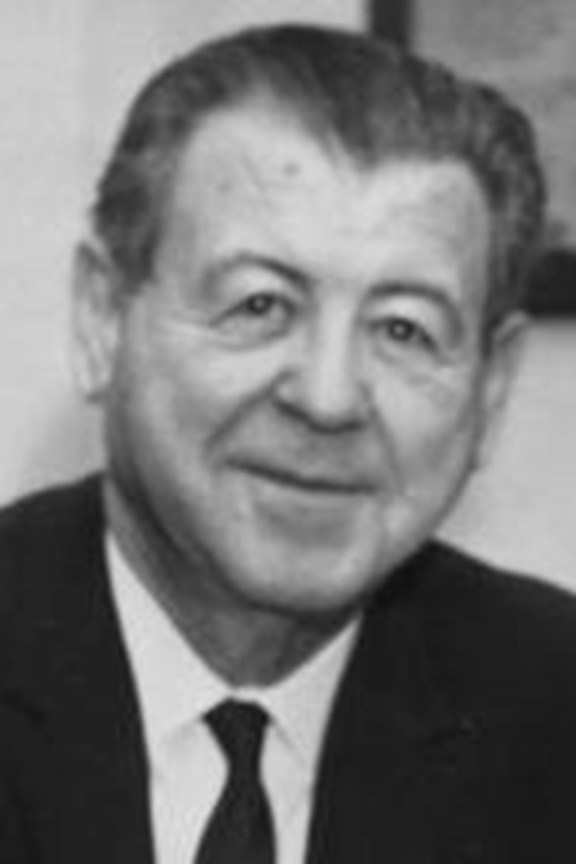 Kenosha, Wisconsin's Judge Edward J. Ruetz was one of the first local business men contacted by Philip Wrigley's advertising agent, Arhtur Meyerhoff, to help establish a women's team.  A great sportsman, Judge Ruetz was quick to persuade his local compatriots to organize the AAGPBL's Kenosha Comets, and he served as president of the team from 1943-1951.  He also served as the league's executive committee chairman from 1947 to 1951.  In 1951, he took over as league president, and in 1952, even though the Comets had withdrawn from the league, he served as the league's commissioner.

He was born in Racine on February  22, 1899, the son of the late Mr. and Mrs. Peter Ruetz, and was a graduate of Racine High School and the Marquette University Law School in 1921. He served as assistant district attorney for Kenosha County in the early 1920s, and after that became judge of Municipal Court (now County Court Branches 2 and 3) from 1938 until 1954.

In 1945, he became one of the founders and the first president of the Kenosha National Bank and remained president and board chairman until his retirement due to ill health in 1967. Ruetz stayed on as chairman of the board for a year after his retirement and then became honorary chairman and an advisory director.

Ruetz was one of 26 bankers from around the nation selected to propose revisions of regulations pertaining to banking and reported directly to President Kennedy.

In the 1950s, Ruetz was a member of the judicial committee selected to revise the state’s criminal code.

He was also a member of the Wisconsin State Bank Review Board which passes on bank charter applications, and until the time of his death was a member of the board of directors of the Bankers Utilities’ Corp., Chicago. During Lyndon B. Johnson’s presidency, Ruetz was one of some 250 business advisors from around the nation invited to the White House to discuss the federal role in the nation’s economy.

He was a member of the legislative committee of the Wisconsin Bankers Association for a number of years.

For 33 years, Ruetz was chairman of the board of trustees of St. Catherine’s hospital and was a member at the time of his death.

Ruetz was instrumental in both Carthage College coming to Kenosha and in the selection of Kenosha as the site for the University of Wisconsin-Parkside. He was chairman of the community committees for both projects and remained as chairman of the latter group until ill health forced his retirement from an active role.

Marquette University was also the beneficiary of his talents for many years during which he actively raised funds for the school and served on a number of alumni committees.

Ruetz headed the Kenosha Industrial Development Foundation, was a member of St. Mark Church, the Knights of Columbus Council 973 and the Fourth Degree; the American Legion, 40 et 8, and a sustaining member of the American Red Cross. He was a veteran of World War I.

During the World War II years, Ruetz was president of the Kenosha Comets women’s baseball club, and was active in bowling, softball, and other athletic activities. In the 1950s he also served as President of the All-American Girls Professional Baseball League.

In Racine on November 15, 1922, he married Lillian Gaulke, and beside his wife is survived by a son, two grandchildren, one great-grandson, a sister, and four brothers. He was preceded in death by a brother.