The Russian spelling for Edward's last name is Anshmedt. 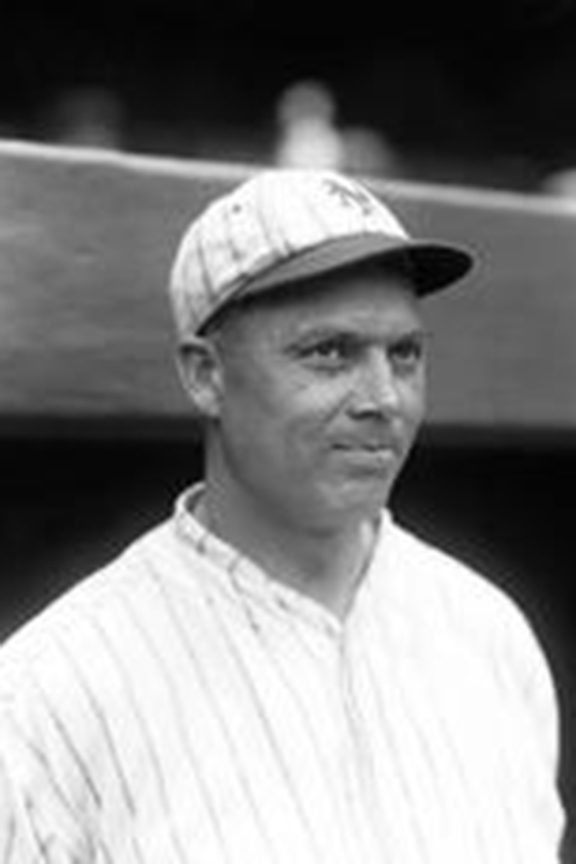 The Russian spelling for Edward's last name is Anshmedt.

By The Russian spelling for Edward's last name is Anshmedt.

Eddie Ainsmith was born in Russia in 1890 and his family moved to the U.S. when he was a young child.  He grew up in New Hampshire and played major league baseball from 1910 through 1924.  He continued to be involved in baseball as a coach, umpire, and manager for most of the rest of his life. He passed away in 1981.

Eddie Ainsmith caught for 15 years in the major leagues.Eddie, born Edward Anshmedt, is one of only five major leaguers (through 2013) born in Russia, although he came to the United States at a very young age and grew up in Cambridge, MA.  As a youngster, he wanted to be a boxer, but his parents discouraging from that dangerous pursuits, and he became a ballplayer instead. He was scouted and signed by Mike Kahoe and broke into the majors as one of the youngest players in the league in 1910 when he was 20 years old.

Eddie spent his first nine years with the Washington Senators in the dead ball era, never hitting higher than .226 and only once getting over 300 at-bats. He was a teammate of pitcher Walter Johnson  all nine years, and he was Johnson's personal catcher as he was particularly good at catching the hard stuff that the young fireballer could dish out at the time. He caught 48 of the "Big Train"'s career 110 shutouts.

He had some speed, stealing 17 bases in 1913 and 16 bases in 1917 in spite of getting only limited playing time. In 1917, Buck Herzog and Ty Cobb had a major fight in a hotel room for half an hour. The SABR biography of Herzog says Ainsmith was the only other person present. He had a feisty temperament, and was fined or suspended a number of times for various unsportsmanlike actions towards umpires. He and pitcher Joe Engel once beat up a man, earning Eddie a 30-day jail sentence that was suspended through the intervention of Senators owner Clark Griffith.

He was drafted to serve in the United States military during World War I, but again owner Griffith intervened to get him special treatment. Instead of going overseas, he played on a Baltimore, MD shipyard workers team.

Ainsmith came to the St. Louis Cardinals in the middle of the 1921 season and perhaps because of the favorable park he had his career best in home runs in 1922. He had 13 home runs out of a lifetime total of 22, and ranked # 10 in the league.
He finished out his major league career with the New York Giants in 1924, a team that went on to win the pennant, although Ainsmith's last appearance was in July. He went 3-for-5 for the team then was released, apparently for flouting team rules put up by manager John McGraw.

In the minors, he played in the New England League and the American Association.

After the 1924 season, he organized a tour of ballplayers to Japan where they played a number of successful exhibition games.  Buoyed by that success, he decided to organize a tour of women players to the Far East next, partnering with Mary O'Gara, manager of the Philadelphia Bobbies, one of the most prominent female teams of the period, adding a few players to her core team. Eddie and his wife Loretta accompanied the team to Japan, as did former big league pitcher Earl Hamilton and his wife. However, there was dissension on the team, as both O'Gara and Ainsmith wanted to be the manager, and players split into factions.

Once in Japan, the ladies could not hold their own against the teams of Japanese men that they faced, even with Ainsmith and Hamilton helping them on the field, and the trip turned into a financial disaster as crowds stayed away. the initial promoters bailed out and the team moved on to Korea where it split in half. Ainsmith and Hamilton convinced three of the better female players to stay with them and recruited four locals to complete the team, hoping to raise some money by arranging their own fixtures, as they did not have any money left to pay their return fare to the States.

For her part, O'Gara went back to Kobe with the rest of the squad and unsuccessfully asked the local U.S. Consulate to bring them home; she eventually convinced a couple of local expatriate businessmen to give them the money to return, but Ainsmith's group was left stranded. He found enough money to get himself and his wife home, but left behind the three young female players. When the girls' families in the States were finally able to raise the money, one of the players, Leona Kearns, a 17-year-old left handed pitcher, was washed overboard and died when the Empress of Asia was hit by a huge wave when she was on the deck.

In spite of his role and less than honorable conduct in the tragedy, Ainsmith continued to work around baseball for many years. When Johnson became the Senators' manager in the late 1920s, he brought him in as a coach, although it is not clear if he ever officially was listed as such. He also worked as an umpire, although again, it is not clear where exactly. He later managed the Rockford Peaches and Fort Wayne Daisies in the AAGPBL, a rather sadly ironic turn of event.