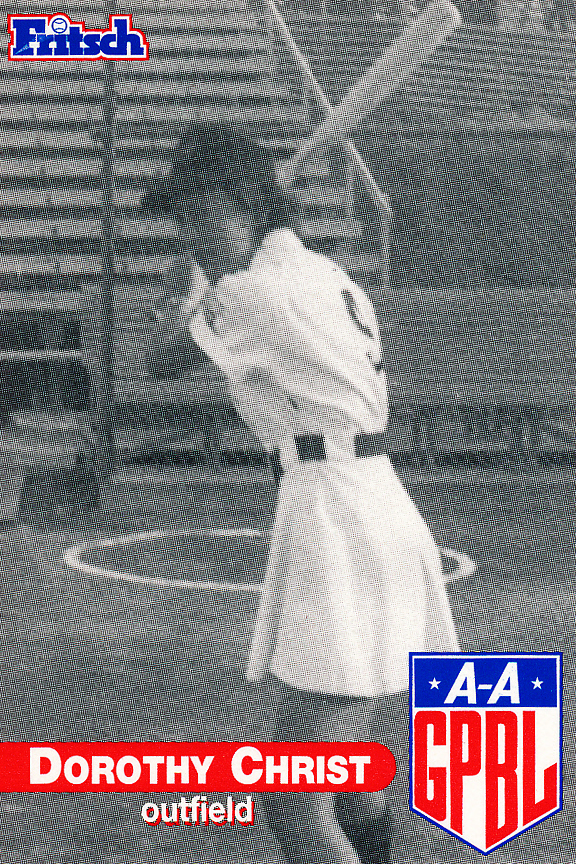 We have no further information on this player.  Please contact us if you have additional information for her.

A real peach of a lady passed away last November  2, 2020. If you remember the film A League of Their Own, you know about the Rockford Peaches and the All-American Girls Professional Baseball League.

One of those players, Dorothy Christ, spent much of her life in LaPorte County. She passed away at the age of 95.

At the age of 19, Dottie, as she was known, signed with theSouth Bend Blue Sox. She was traded a couple of times, and ended up playing with the Rockford Peaches. Her cousin, Chuck Smith of La Porte, remembers playing catch with Dottie as a kid but had no idea she played pro until years later. He says Dottie down played her baseball career, since she only played season in 1948. But, Smith says her example was a powerful one. "You and those other women that played in that baseball league,” he would tell her, "paved the way for all these young girls—not just softball, but every sport.” Smith says Dottie mentored many young players back in the 90s, including his own daughters, who played softball for La Porte High School.

According to her family, Dottie was a woman of many talents. After baseball, she excelled at bowling. She was also a wonderful singer. During her playing days, Dottie would tell family members, she did more singing in the locker room than playing on the field. Still, Dottie shares a special place in baseball history. Smith says she was contacted by the Baseball Hall of Fame back when the All-American Girls League was enshrined in Cooperstown. She received a stack of baseball cards of herself from her playing days. Smith has one of those cards, as well as her baseball mitt from 1948, in a special display. And Dottie’s memory, he says, will always have a special place in his heart.