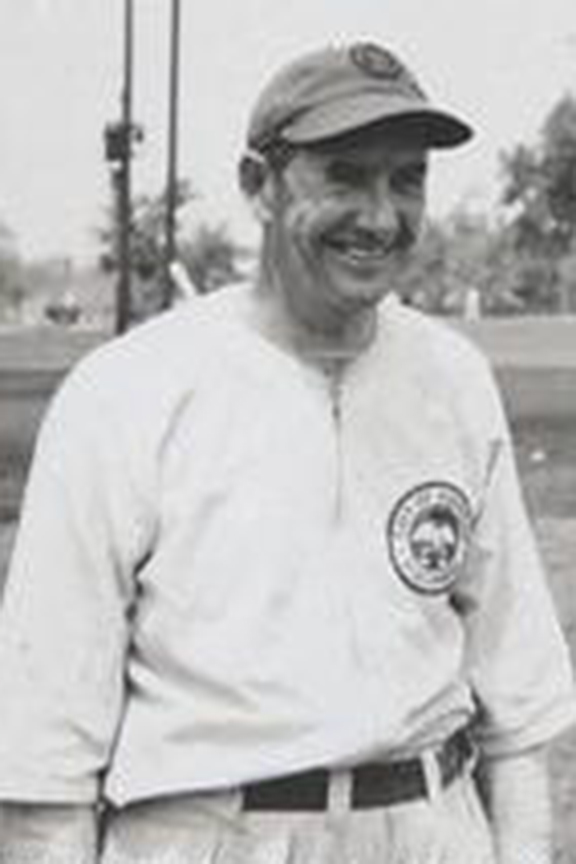 Clarence James “Bubber” Jonnard was a Major League Baseball catcher.  He played for the Chicago White Sox in 1920, the Pittsburgh Pirates in 1922, the Philadelphia Phillies in 1926, 1927, and 1935, and the St. Louis Cardinals in 1929.  He played 103 Major League games with 235 at bats, 54 hits, no home runs, and 20 RBIs.  His lifetime batting average was .230, with a .267 on base percentage and a .268 slugging percentage.  As a fielder, he caught 86 games with a fielding percentage of .960.  On December 13, 1927, he was part of a trade in which the Phillies received pitcher Jimmy Ring and catcher Johnny Schulte from the Cardinals in exchange for Jonnard, infielder Jimmy Cooney, and outfielder Johnny Mokan.  He served as a coach for the New York Giants between 1942-1946.  He also served as a scout for the Giants, Kansas City Athletics, Baltimore Orioles, and New York Mets.  Players he signed as the Mets’ scout included Ed Kranepool, Nino Espinosa, Mike Jorgensen, Ken Singleton, and Leroy Stanton.

He played for several minor league teams, including the San Antonio Broncos, Norfolk Mary Janes, Nashville Volunteers, Wichita Falls Spudders, Houston Buffaloes, Rochester Red Wings, Jersey City Skeeters, Dallas Steers, and Fort Worth Cats.  In all he played 987 minor league games with a batting average of .252 and 18 home runs.  He managed the minor league Dallas Steers as a player-manager in 1933, and he managed the Milford Giants in 1940.  He also managed the Minneapolis Millerettes of the All-American Girls Professional Baseball League during the 1944 season.

Jonnard was born in Nashville, Tennessee.  His twin brother Claude Jonnard was a Major League pitcher for the New York Giants, St. Louis Browns, and Chicago Cubs between 1921 and 1929.  Bubber and Claude were teammates on the Nashville Volunteers in 1920 and 1921, where the twin brothers formed the team’s battery.  He died at the age of 79 in New York City, New York.  He is buried in Dallas, Texas.