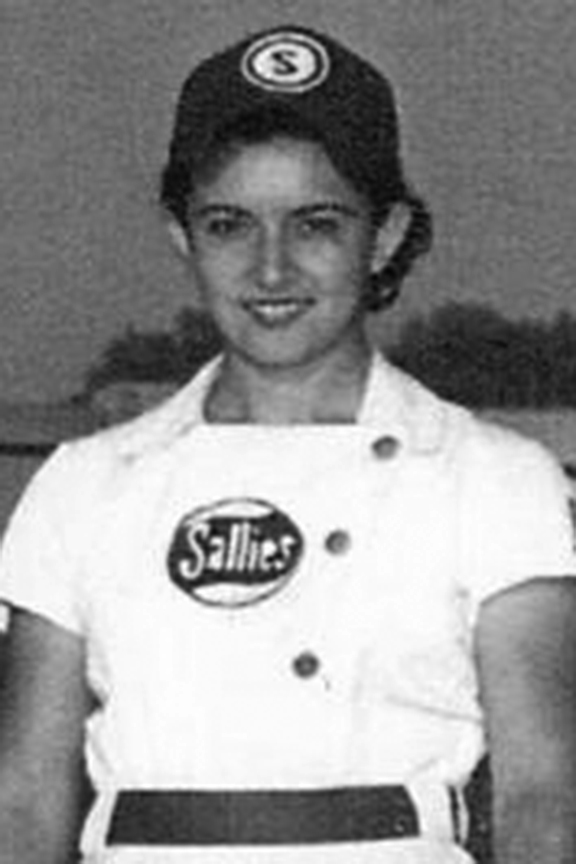 Betty graduated from Bisbee, AZ High School in 1949 and was recruited to play in the All-American Girls Professional Baseball League in 1950. Her brother George, a varsity pitcher for the Bisbee Pumas, pitched to her while she got ready to play in the AAGPBL. During the 1950 season, Betty started out playing for the Grand Rapids Chicks, but was assigned to play with the touring teams on June 6, 1950.  She played for both the Springfield Sallies and the Chicago Colleens during the rest of the 1950 season.  She was scheduled to play for the Grand Rapids Chicks in 1951, but decided to stay in Arizona and play fast pitch softball for the Bisbee Copper Queens.

Legend has it that Betty hit a home run in Yankee Stadium during a few exhibition innings between the Colleens and Sallies in August 1950. However, we don't know if it was an inside the park home run or over the fence.

Betty died in 1992 at the age of 61, and in December 2012, she was honored post-humously when the Bisbee High School Board named the high school softball field after her and sister Bisbee All-American Anne Mihelich Henry.

Beatrice “Betty” Bays Schuller, 61, formerly of Bisbee, died Sunday, April 12, 1992 at her home in Tucson. She moved to Tucson from Bisbee two years ago because of her illness.

Mrs. Schuller was born April 1, 1931 in Bisbee to Earl and Mary Moraga Bays. She was raised here and graduated from public schools. She attended college for two years and worked as a medical transcriber.

She was very active in baseball and was the first woman “All Star Babe Ruth” coach. She was a member of the All American Girls Professional Baseball Association.

Survivors include her husband; three sons; two daughters; and 13 grandchildren.

Mass of the Resurrection was said at St. Patrick’s Catholic Church. Burial followed at Evergreen Cemetery under the direction of the Dugan Funeral Chapel.