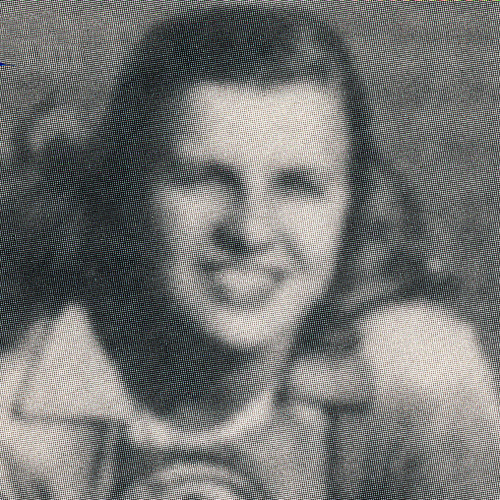 "Hill Remembered as Pioneer for Girls Sports in Owosso, MI"

OWOSSO, MI — The late Pauline “Denny” Hill, a pioneer in girls athletics as a coach, teacher and advisor in the Owosso Public School system for 28 years, will be remembered fondly as simply “Ma Hill,” by her former players.

Hill, 86, died Monday [9/17/201] at her Owosso home and on Tuesday, as the news settled in, former basketball and softball players said Hill was more than a coach to them. Hill played professional baseball in 1947 for the pennant-winning Muskegon Lassies of the All-American Girls’ Baseball League, which was featured in the movie “A League of Their Own.”Hill’s obituary appears on Page 2 today.

But Hill made a much bigger mark by encouraging girls to play sports in Owosso long before Title IX took effect back in 1972. She coached basketball, softball and cheerleading. Title IX was a federal law passed prohibiting discrimination on the basis of sex in education programs and activities that receive federal financial assistance, including athletics.

“She was a firm believer in the guidelines of Title IX,” said Don Gray, former athletic director at Owosso High School starting in 1976. “And she was a very, very strong advocate of women’s athletics. Not only did she coach interscholastically but she was the sponsor of the GAA (Girls Athletic Association) program for several years and that, of course encompassed hundreds and hundreds of girls.”

To her players, Hill had the firm disciplinary hand, yet loving heart of a mother.

“We called her ‘Ma Hill’ because she was like a mother to so many of us,” said JoEllen Smith, one of Hill’s softball standouts as a pitcher. Smith later played at Grand Valley State University and then became Hill’s successor as Owosso’s varsity softball coach.

The name “Denny,” came from her roommates at Western Michigan University, according to Smith, and was short for Hill’s maiden name, Dennert. The nickname stuck.

Smith, a 1978 graduate of Owosso High School and assistant athletic director at Owosso, took over the girls’ varsity softball coaching position from Hill in 1982 and remains only the school’s second varsity softball coach. The two remained in contact over the years and Smith said Hill passed away Monday afternoon while watching the Detroit Tigers-Chicago White Sox game.“She was 86 and she went the way she would have wanted to go,” Smith said. “She was sitting with her feet up on the table, watching the Detroit Tigers game.”

When asked what she remembers most about Hill, Smith put it this way:  “What really comes to mind is her gruffness but she had the biggest heart in the world,” Smith said. “She was still at one of my games last spring and she always had that same look, that same gruffness, but one of the biggest hearts that you’ll ever see. She made a big impact in all of the women’s sports actually. She was involved in softball, basketball and cheerleading. She was a pioneer for all of the sports. She ran the Girls Athletic Association. I remember bowling was a big sport. We had banquets and we had officers. She was a fighter.”

Smith said she remembers that Hill coached the Trojans to a district title but then ran into a talented pitcher.

“We had some success, we won a district and I remember the girl from Clio beating us — it might have been the regionals. She was legally deaf and legally blind. She was amazing.”

Smith and others thought so highly of Hill that it was decided that Owosso High School would name the Trojan softball field Pauline “Denny” Hill Field in 1995.

“Yes I talked to Don Gray (then athletic director) about it and Gary Webster (former Argus-Press sports editor) had some input into it as well,” Smith said.