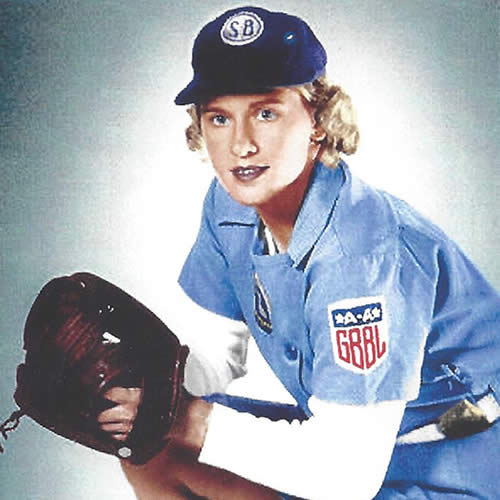 "Without a doubt, Jean was the heart and soul of the South Bend Blue Sox.  Twice she led the team to league championships (1951 and 1952), the second time when the team was left with 12 players after six players staged a walkout in a dispute with the manager at the end of the season."

"At the recent AAGPBL players' reunion in Syracuse, NY, teammate Sue Kidd commented on that 1952 season in her remarks at the reunion banquet saying that Jean, 'carried the Blue Sox on her shoulders that year."

"Jean is the only professional baseball player of either gender to pitch two perfect games in her career.  The first was on July 21, 1951, against the Rockford Peaches. Rockford, led by power-hitting first baseman Dottie Kamenshek, was one of the best teams in the league.  Jean fell behind just one batter that game, going 3-0 to Eleanor Callow in the fifth inning before striking her out on the next three pitches."

"Only two balls left the infield, a pop foul to right fielder Betty Wagoner and a fly-out to center fielder Jeep Stoll. In all, Jean struck out 11 batters, including five of the last nine she faced.  Dottie Kamenshek, who struck out only 81 times in her illustrious career, struck out twice that game.  Commenting years later, Dottie said of Jean's pitching, 'Everything was working.  Curve, fastball, drop, you name it.  I tried bunting, no soap, swung at the first pitch and no soap, worked deep into the count and no soap.  That day she was beautiful to watch.'  She considered Jean one of the two best pitchers she ever faced."

"Facing Rockford in the five-game series to determine the league champions, Jean once more dominated the powerful Peaches.  The Sox lost the first two games of the series in large part because Jean did not pitch in either game.  Jean started and won the must-win third game, striking out 11 on the way to a 3-2 victory. Then two days later, Jean, who started at third base, relieved in the third inning of the championship-deciding fifth game, coming in with the bases loaded, one out, and the Sox up 6-2. On her first pitch, Jean induced a come-backer to the mound which resulted in an inning-ending double play.  She pitched the rest of the game, winning it 10-2 and giving the Blue Sox their first league championship."

"There was considerable dissension on the Blue Sox that season because of strict disciplinary measures implemented by the second-year manager, Karl Winsch.  A rebellion resulted in which six players, most of them starters, walked off the team near the end of the season, leaving just 12 players entering the postseason.  Led by Jean, remaining players rallied, again beating the Rockford Peaches in the five-game championship series. And, Jean once more won the deciding fifth game, and this time 6-3. She even aided her own cause when she hit two triples, the second of which would have been a home run had she not stopped at third because she was so tired."

"Jean reached perfection the second time on September 3, 1953, in Kalamazoo against the Lassies.  Pitching what would be the second to last start of her career, Jean flummoxed the opposing players, including perennial all-star Doris Sams, striking her out once and inducing two ground outs.  She struck out eight with only three fly-ball outs.  What makes this feat even more incredible is the fact that South Bend did not field a good team that year.  The Sox ended the season second from last with a record of 45-65.  In spite of that, Jean still tied for the lead in wins (17-11) and led the league in ERA with her 1.51."

"As stated earlier, Jean Faut was the greatest pitcher of her generation.  Her skill, tenacity, and grace under pressure make her much deserving of the honor of being included in the National Women's Baseball Hall of Fame.  I know you will give her every consideration." 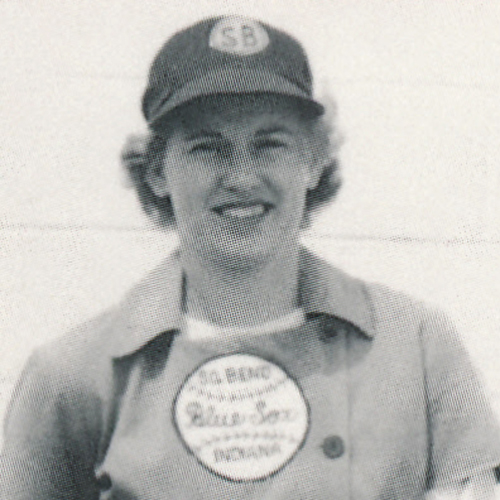