By By Leanna Kamrath 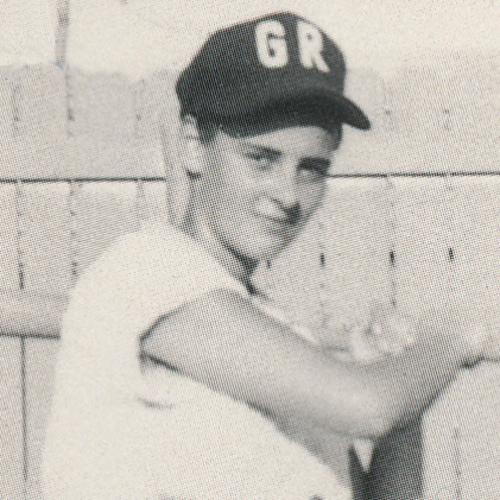 How did you find out about the women's league?

I was 18 years old in my last year of high school in a small resort town in Ohio, Lakeview. It was a rural area and very sports minded-men's sports, that is. We had a baseball men's town team that played other such teams all over our part of the state. I always traveled and practiced with them and was their bat girl. I was told by the father of one of the players about an article in the local newspaper that there was to be try-outs for girls to play baseball in a professional league in Battle Creek, Michigan in May. This was in 1953. I drove my sister's car there on my first trip alone out of state to go to the try-outs.

How do you think society felt about women playing baseball?

Society may have been different in different areas of the country. I know the general feeling about women playing in sports was that you were not very feminine. You were a tomboy and liked boy's things. That separated you from other girls in most cases. In my case, in a small town, it was not so much that way. I was very good friends with most of the girls in my school and accepted by the boys and played with them after school and whenever I could find a group of boys playing baseball, basketball or football. I did not socialize with them though. I had girlfriends too.

Do you think the league was a good idea?

I am very thankful for the league. I was so happy to be able to play the years I did. I was fortunate to be able to play on an All-Star team that toured the U.S. in 1955 and 1956, of great players from all the different teams. I played in the summers all 4 years while completing my education at Ohio Northern University.

In these later years since the players have re-united, it has been a great blessing to become really good friends with so many of the players and to see old friends from our playing days every year or so at reunions. We have great times together and also are there to support each other through illnesses and deaths.

Did you consider playing in the league to be patriotic?

I didn't think about the war then. There were soldiers and sailors in the stands and we always did a V formation on the field and said the pledge of allegiance to the flag. I felt very patriotic at that time, but the war was over when I played, and I didn't think about why Wrigley may have started the league when I was playing.

How did the league influence society?

In that time, it gave the local communities a place to go to have a good time, be with people and forget about the hard times; there was rationing of food, many people had to work in factories to make ends meet and replace the men in their families who were off at war. Many worked in defense plants making instruments of war just to be part of the fight for freedom for those who were being suppressed. People needed local heroes, like they do today, and we provided them with that.

How did the league affect your future?

In the last 17 years, since we were recognized by Cooperstown at the Baseball Hall of Fame which spawned the making of the movie, "A League of Their Own," we have had a great deal of influence on the acceptance of women's rights to participate in many sports not open to women in the past. We have opened the world to the reality that women can play any sport with equality of competition. We only advocate women playing against women, not a competition of women against men. That is not equality. We work on behalf of Title IX and support women athletes in all fields to have an equal opportunity to participate in all sports. I think we proved we could play a very physical game at a very high level of excellence. Hopefully, women's baseball will be part of the statement, "Baseball is America's Favorite Sport."

What did the league communicate to society?

As we interact with the people who come to our reunions, they e-mail us about the league and write to us by the thousands that they are astounded that we played. I am not quite sure why it is so astounding. Maybe it is because no one really thought women could play baseball and we proved they could. Maybe it is because of the time in history that we played, when women only had the opportunity to go to college to be teachers or nurses, and there was very little opportunity for them to become anything else, let alone a professional baseball player. It was not that our talents were so unique, but that we had developed those skills in a world that forced us to be different in order to have the opportunity to play in sports.

I am thankful that we were in the right place at the right time. I am also thankful that Wrigley spent the time and money to start the league, that Arthur Meyerhoff, who bought the league from Wrigley in 1944, kept it going through 1950, and that the cities and managers supported the league through the 12 years it remained in existence.

What were your thoughts when the league ended?

I was very sad, but I didn't know about it until I was called to play on the touring team, so I didn't really quit, I played 2 more years. After that, I went to teach school for the US Air Force at various bases in Puerto Rico, France and the Philippines, and I changed my sport to golf. I went from knowing nothing about golf to becoming a professional tour golfer so I didn't look back until 1988, when we were honored at the Baseball Hall of Fame. 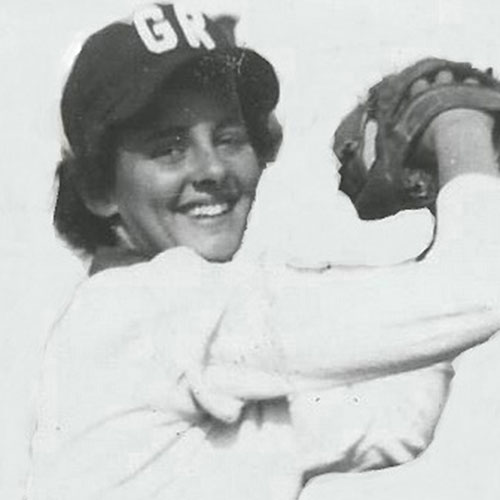